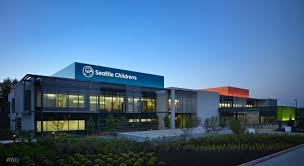 A King County judge ordered on Friday that the University of Washington must pay a $15.2 million sum to the family of a young girl who suffered significant brain damage after a medication error made by two UW doctors at Seattle Children’s Hospital in 2008.

The official judgment of $15.2 million is one of the largest medical malpractice lawsuit payments in the history of the state, according to the Seattle Times.

MacKenzie Briant was born with a heart defect in 2004 and had to undergo a heart transplant early on in her life. She was making significant progress in overcoming the obstacles she had faced at such a young age, and she had to be protected from germs and bacteria because she was taking drugs that suppressed her immune system.

In 2008 at the age of four, MacKenzie caught a cold that had lasted a few days and made her mother Elaine Briant a bit worried. Elaine called Seattle Children’s Hospital for advice and ended up speaking with Dr. Cory Noel, a cardiologist at the hospital. MacKenzie’s case was a delicate one, as her history of heart complications increased the risk for adverse affects. Dr. Noel decided to consult with Dr. Yuk Law, the transplant cardiologist who had been working with MacKenzie in the past.

Because he knew of the increased risks that came with MacKenzie’s transplanted heart, Law told Noel that MacKenzie should not be prescribed Afrin nasal spray because it can elevate blood pressure – something that could be troubling for the young girl. However, Noel later handed Elaine Briant a list of drugs that would be suitable for MacKenzie, and Afrin nasal spray was on that list.

According to court documents, approximately 10 minutes after Elaine gave her daughter the nasal spray she noticed MacKenzie made a strange noise and suddenly was not breathing. She called 911 and immediately attempted to give the girl CPR. Paramedics arrived minutes later and got her heart restarted after giving her some drugs and a breathing tube, but the damage had been done – tests had revealed that MacKenzie had suffered significant brain damage. She had to spend two months in the hospital recovering, and her parents say she wasn’t the same girl anymore by the time they brought her home.

UW and Seattle Children’s Hospital had denied liability and said at the time that MacKenzie’s injuries were caused by breathing complications resulting from her heart transplant, rather than being a result of the doctor’s medication error. Elaine and John Briant have maintained that they are not litigious in nature, but they say that the official stance of UW and Seattle Children’s Hospital left them with very few options.

This is actually a common predicament for victims and their families – when an entity such as UW or Seattle Children’s Hospital denies liability, insurance companies are unlikely to cover any medical treatments or care that is required as a result of the initial act of negligence, which was the medication error in MacKenzie’s case. When these entities deny responsibility, a family may be left with no choice but to file a personal injury lawsuit so that the treatment can be paid for.

And while the UW was initially firm in its denial of any liability, it would seem that attitude has shifted since the lawsuit was filed on the family’s behalf. At trial, an attorney representing Seattle Children's Hospital and UW made an admission on behalf of the organizations:

“The very first thing I want to say on behalf of both Seattle Children’s and University of Washington is we made a mistake,” said Clarke Johnson. However, Johnson maintained that mistake did not necessarily lead to the severe and devastating brain injury that MacKenzie suffered. The judge disagreed, however, and now the Briant family will have the necessary financial resources to provide MacKenzie with medical and rehabilitative care for the rest of her life.

2 Comments
Many errors not just medical but ONE LAW FIRM THAT I BELIEVE TRULY HAS THE COMPASSION AND TRULY CARES.
by Debbie H. September 2, 2015 at 09:42 AM
Yes, and after all the denial, the doctor who made the mistake simply moves shop from WA to TX and gets to start with a new clean slate. Too bad his victim won't get the same chance. I guess repeating the medication list back to the cardiologist is just below his station in life, and far too much bother for a busy doctor like himself. Pathetic. I wish his future patients the best of luck, it sounds like they'll need it.
by Anon July 15, 2013 at 08:53 PM
Post a Comment