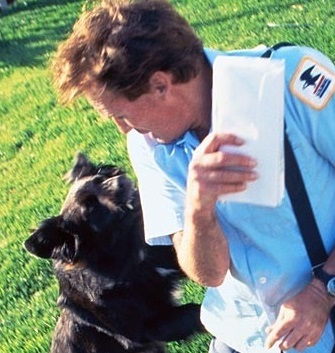 The United States Postal Service (USPS) released an annual report on Wednesday showing a total of 5,500 dog bites & attacks on postal workers across the country in 2013, which was actually about a 6 percent decrease from the number of attacks in 2012.

The USPS has been keeping track of statistics for dog attacks specifically involving their employees for years, and releases the report annually in conjunction with Dog Bite Prevention Week, which spans May 18-24 this year.

In addition to tracking the trends of dog attacks on letter carriers, the agency’s report also ranks individual U.S. cities based on the number of attacks in each city for the given year.

Linda DeCarlo, Manager of Safety for USPS, says one of the biggest problems postal workers face when it comes to animal attacks is that dog owners don’t take the threat of an attack seriously.

“There’s a myth we often hear at the Postal Service; ‘Don’t worry – my dog won’t bite,’” says DeCarlo. "Dog attacks are a nationwide issue and not just a postal problem. Any dog can bite and all attacks are preventable through responsible pet ownership."

The Centers for Disease Control and Prevention (CDC) says that approximately 4.5 million Americans are bitten by dogs each year, though a significant percentage of those attacks reported are minor. According to DogBites.org, approximately 800,000 of the 4.5 million dog bite victims seek medical attention for their injuries. It is estimated that half of the 800,000 victims who seek treatment are children.

In hopes of educating the public during Dog Bite Prevention Weeek, DeCarlo also offered the following set of basic tips for preventing and avoiding dog attacks on postal workers:

Where Does Your City Rank?

According to the data provided by USPS, Seattle was tied for 15th with 28 attacks in 2013. This was a significant decrease from 2012, in which there were a total of 42 reported dog attacks on mail carriers.

Below is the complete list of cities ranked by the number of reported dog attacks on USPS postal workers in the year 2013. USPS pointed out in the release that 62 individual cities make up the top 30 rankings, due to the fact that some cities reported the same number of attacks for the year.