University Of Washington Student Dies From Injuries After Campus Fall 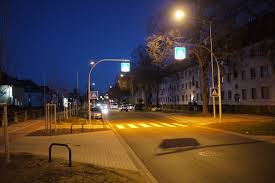 University of Washington Police officials say that a student who was critically injured after slipping on a reportedly icy campus sidewalk Wednesday morning has succumbed to her injuries.

Campus officials received calls about a person who had fallen on the icy sidewalk near the university’s Electrical Engineering building just after 10:30 a.m. Wednesday, adding that the woman had suffered a serious head injury as a result of the fall.

She was transported to nearby Harborview Medical Center in Seattle for emergency medical attention, and officials later announced that she had passed away, presumably due to the head trauma. Witnesses said that the sidewalk where she fell was iced over at the time.

Officials did not provide additional details to news outlets. UW Police spokesperson Steve Rittereiser expressed his condolences to the family, stating, “we are all deeply stunned by this unfortunate accident.”

Click here for a legal analysis of the case by Davis Law Group attorney Chris Davis.

Liability For Slip & Fall Injuries On A University Campus

Premises liability accidents – particularly those involving slips, trips, & falls – have developed a bit of a stigma over the years, specifically when it comes to injury victims who wish to pursue legal action. Many people assume that if you are injured because you slipped, tripped, or fell on a hard surface, then your injuries are your own fault – because you are the one who fell.

In reality, business owners and other entities are responsible for properly maintaining and insuring the safety of areas which are open to or accessible by the general public. Injury victims who are hurt due to the negligence of a business or organization can pursue a premise liability claim against the at-fault party and/or their liability insurance company.

If you or a loved one has been hurt, it is a good idea to contact a qualified personal injury lawyer to discuss your legal rights and learn more about how an attorney can assist you. The attorneys at Davis Law Group offer free legal consultations and will help you better understand your legal rights after a traumatizing incident.

Call our office in Seattle at (206) 727-4000 to speak with our award-winning legal team and to request a free legal consultation with our attorneys.