In the aftermath of the December 2017 Amtrak derailment in DuPont, the Department of Transportation is stressing the importance of a safety feature that many railroads have put on the backburner. 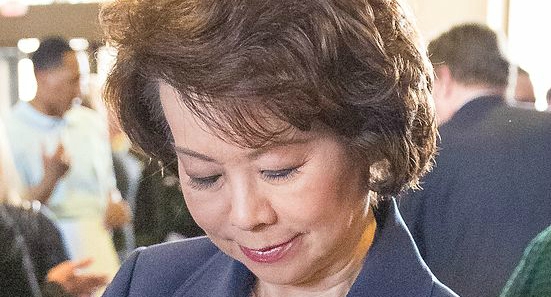 Secretary of Transportation Elaine Chao issued letters to all the executive officers of the Class I railroads in the United States – which includes Amtrak President and CEO Richard Anderson – emphasizing the “urgency and importance” of having positive train control (PTC) by the end of 2018.

BNSF Railway Company (which had dispatch responsibility of the Amtrak Cascades train that derailed) and Sound Transit (which controls, manages and maintains the tracks where the derailment took place) also received the letter from the USDOT.

“Advancing the implementation of Positive Train Control is among the most important rail safety initiatives on the Department’s agenda,” Chao said in the letter. “The Federal Railroad Administration leadership has been directed to work with your organization’s leadership to help create an increased level of urgency to underscore the imperative of meeting existing expecta­tions for rolling out this critical rail-safety technology.”

Many train experts have stated that PTC would have prevented the Amtrak derailment, which killed three people and injured dozens. The system uses GPS and other technology to automatically slow a speeding train. In the DuPont derailment, the Amtrak train was going 80 mph into a 30 mph curve.

In 2008, PTC was mandated by Congress to be implemented by 2015. That deadline was extended to the end of 2018, and there is the possibility that the deadline will be extended again to 2020. Railroads contend that PTC is costly and installation is too complex.

According to USA TODAY, the National Transportation Safety Board has recommended braking technology on trains since 1970. In that time since, the NTSB has counted 146 accidents or derailments that could have been avoided, with at least 300 fatalities and 7,000 injuries by 2015.

PTC was in place on the Sound Transit track where the derailment occurred, but it was still being tested. It is scheduled to be fully implemented by July.

“We will not run our passenger trains on the Point Defiance Bypass until PTC is activated,” Barbara LaBoe of the Washington State Department of Transportation told Q13 News. “This out of sensitivity to the situation, not because we have any safety concerns about those tracks.”

“Our passenger trains will run on the (old) line for the time being. Those tracks do not have PTC activated, but we’ve had millions of successful boardings on that route and will use it until PTC is installed on the bypass.”