Law enforcement officials are reporting two serious semi-truck accidents in Western Washington. One crash happened on Interstate 5 in Tacoma. Another occurred on Interstate 5 in Olympia just minutes later. Both crashes were called in at almost exactly the same time, sending emergency responders scrambling to respond to both sites. 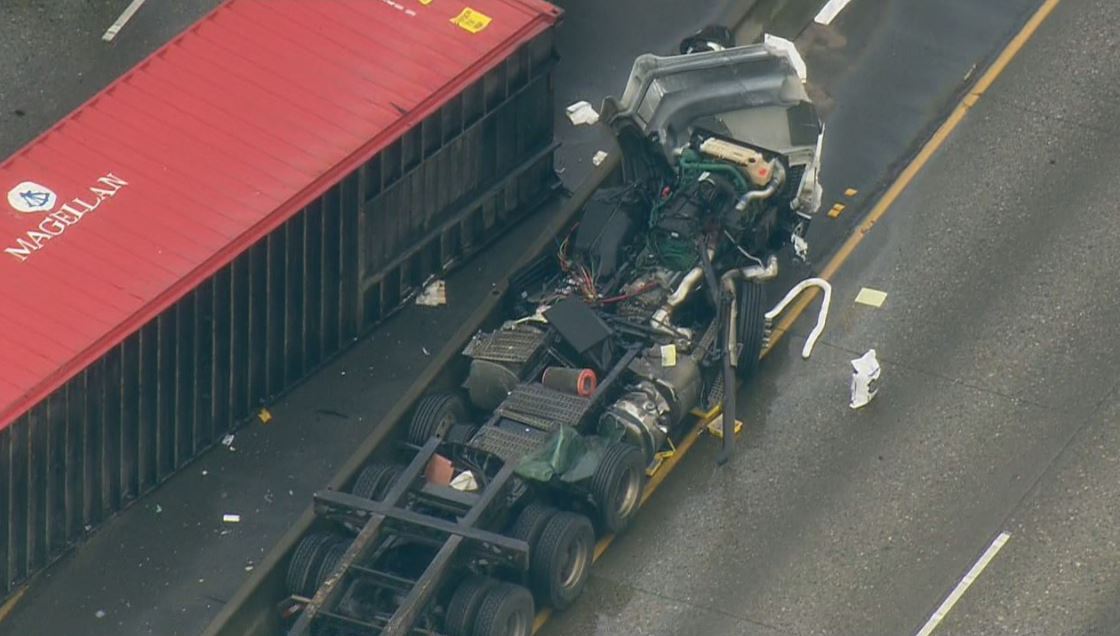 Location: The northbound lanes of I-5 near S. 72nd Street.

Accident description: According to eyewitnesses, the semi-truck driver lost control and struck the Jersey barrier in the center of the freeway. During the crash, a box truck and a third vehicle were struck. The trailer of the semi-truck detached from the chassis and slammed into the semi-truck’s cab.

Injuries: The driver of the semi-truck was declared dead by emergency responders. Multiple people who were in the box truck and the third vehicle were transported to the hospital with non-life-threatening injuries.

Investigation details: Investigators do not yet know why the semi-truck lost control and crashed into the barrier. There was heavy rain in the area at the time of the crash. For updates, follow Trooper Brooke Bova on Twitter.

Crash Response: The crash blocked multiple lanes in both directions of I-5. Officials warned that it would take some time to fully reopen the lanes, as investigators need to finish their work and repairs must be completed on the damaged median barrier.

(Image: The scene of the crash in Tacoma. The driver of this semi-truck was killed in the crash. Image source: KOMO News)

Location: The southbound lanes of I-5 near Eastside Street

Accident description: A semi-truck jackknifed, blocking all the southbound lanes of the interstate.

Injuries: Trooper Brooke Bova is reporting that the semi-truck’s driver sustained minor injuries. She has also reported that no other vehicles were involved in the crash.

Investigation details: Officials are not yet sure what caused the semi-truck to jackknife. A heavy rain was moving through the area at the time, possible affecting road conditions and visibility.

Crash response: The semi-truck was moved to the shoulder of the road at 12:30 pm, allowing traffic to pass. Traffic backups continued into the afternoon.