Two Injured in Crash Near Kingston 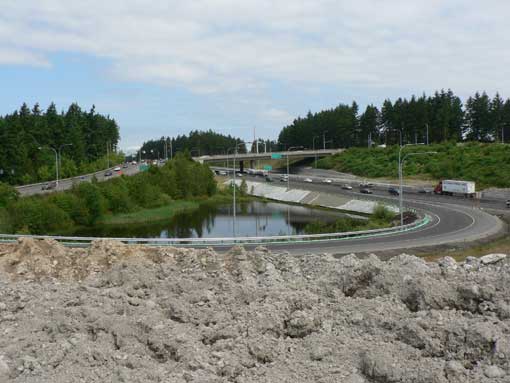 The Washington State Patrol is investigating a fatal car accident that occurred Monday morning in Kingston, which resulted in an SUV crashing into a retention pond.

Two people and their two dogs were in the car at the time of the accident, according to a Seattle Times article about the incident. The driver and passenger reportedly suffered life-threatening injuries and were rushed to a nearby hospital to be treated.

The SUV ran a red light headed east on Highway 104 around six in the morning then the car veered off the road. Fortunately for the passenger, the vehicle landed upright in a small retention pond near the highway.

Fire crews and State Patrol found the two adults inside with their dogs, the dogs appeared to be okay and stable. The driver was found unconscious by first responders, while the other was conscious but suffered from serious injuries.

Both the driver and passenger were rushed to the hospital in critical condition, and both reportedly needed to get further examination and medical treatment for their injuries.

The Washington State Patrol (WSP) is investigating the scene more to find out why the car may have veered off the highway. A collision like this could have caused more of a highway disaster for example; hitting another car and or crashing into a car head on.

An update from the WSP has reported that the driver of the vehicle has passed away. Thomas Contreras, 49 of Mount Vernon was operating the vehicle and passed as soon as he arrived to the hospital. The female passenger survived, she was treated and released.

This is a complex case because there this is a single vehicle collision. The WSP may have a difficult time placing blame on an at fault driver if there is no evidence that the crash was anything more than an unfortunate accident.

Benefits of Consulting with an Attorney

Weather conditions and any additional witness statements may play a significant role in the remaining investigation into the collision. The fact that one person has died and another suffered significant injuries from this crash will make the results of the investigation even more important, especially if any of the involved parties wishes to pursue a personal injury or wrongful death claim.

In most cases where the investigative process may take a significant amount of time, it may be beneficial for the parties involved to consult with a personal injury attorney to determine their legal rights and options for moving forward.

Contact the legal team at Davis Law Group online or call our office at (206) 727-4000 to schedule a free legal consultation and case evaluation with our award-winning legal team.