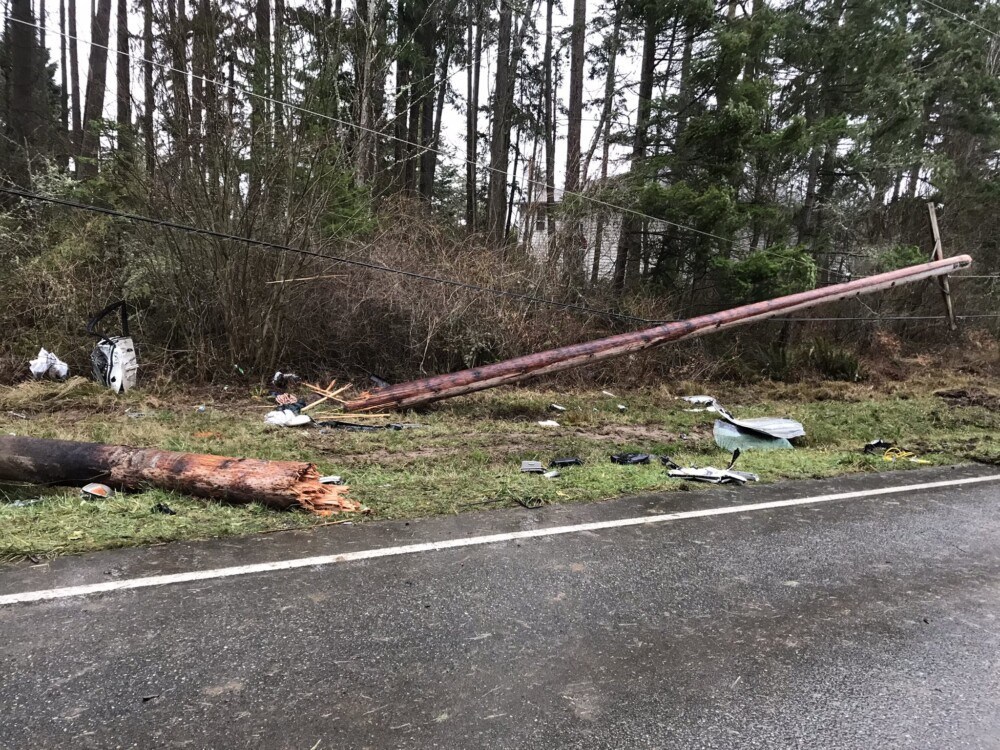 Two passengers were injured after a high-speed crash which also claimed the life of the driver on Camano Island last week.

Troopers with the Washington State Patrol responded to reports of a fatal collision at approximately 11:30 a.m. on January 2 near the intersection of East Camano Drive and South Harman Place.

According to news reports from the WSP, 20-year-old Isaiah P. Eschete of Camano Island was driving his 2004 Toyota Camry at very high speeds when he lost control of the vehicle and left the roadway. Eschete’s vehicle struck a utility pole at such a force that it snapped the pole in half.

Sadly, the driver was pronounced dead at the scene by first responders. His two passengers, who are minors, were seriously injured in the collision. One of the injured passengers was airlifted to Harborview Medical Center in Seattle, while the other was transported to Skagit Valley Hospital for treatment of serious injuries.

Most car accident victims in Washington state do not have a thorough understanding of their legal rights, which can make it even more difficult to navigate the personal injury claims process. For example, many of the accident victims we speak with at Davis Law Group do not realize that they can pursue a claim against the at-fault driver, even if they were a passenger in the at-fault driver’s vehicle at the time of the collision.

These claims can become complicated because of insurance conflicts, as well as the difficulty that comes with pursuing a bodily injury claim against someone you may know personally. The legal staff at Davis Law Group is here to help you better understand your legal rights and make informed decisions about how to proceed with the insurance companies after a serious accident.

Call our office in Seattle at (206) 727-4000 to request a free case review from our legal team today. If we believe we can help you, we will meet with you for a free legal consultation to discuss your case in greater detail and answer the many questions you may have. The attorneys at Davis Law Group also work on a contingency fee basis, which means there are no up-front costs associated with hiring us to represent you.