Kids with Brain Injuries May Have Trouble Making Close Relationships 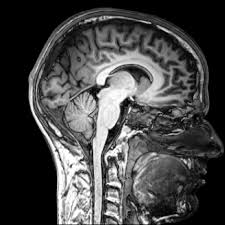 The study followed children with TBI (most of these kids sustained their TBIs during car collisions) for three years, measuring scientifically opaque factors (like brain activity in a MRI) and gathered information from family members about social involvement and friendships.

According to the authors of the study, lingering effects resulting from a TBI – particularly those that affected the child’s memory and focus – had a significant impact on the way that those children interacted with people.

The researchers determined that a child’s cognitive proficiency, which they judged by the child’s ability to recall short-term memory and speed of recall, was directly linked to social withdrawal as a result of a brain injury. Social interactions are dependent on assimilating another person's diction, tone, physical and gestural cues in real time. Obstructing memory decreases the quality of social interaction.

As a father and attorney who has represented a number of brain injury victims, I believe that one of the most important things to deduct from this study is the notion that lingering effects from TBIs can have far-reaching consequences, even years after the brain injury initially occurred.

It’s long been known that it’s very important for that the diagnosis and treatment for a brain injury are conducted as quickly as possible. But I’ve seen many proponents of that idea only cite a relief in symptoms as the motive for beginning treatment as soon as possible.

In reality, the results of this study clearly illustrate how a child’s future as a functioning and contributing member of society can be negatively impacted by the lingering effects of a traumatic brain injury. Children who suffer developmental challenges at such an early age often run into greater challenges down the road, and this study shows how life-changing the residual social challenges can be for child TBI victims.