Toxic Mold May Have Killed Brittany Murphy, Resulting in a Wrongful Death Claim

It has been reported that the wrongful death of celebrity actress Brittany Murphy may have been due to toxic mold in her home. Brittany Murphy died Dec. 20, 2009 followed by the May 2010 death of her husband Simon Monjack. Together, the couple lived in a home in the Hollywood Hills.

Murphy’s mother, Sharon Murphy, did not believe that toxic mold was the cause of death of her daughter and son-in-law until just this past summer, while she was in the process of selling the home. She has now filed a lawsuit against the builders of the home where the actress died, claiming the attorneys failed to inform her about a possible wrongful death lawsuit from the toxic mold in the couple’s home. 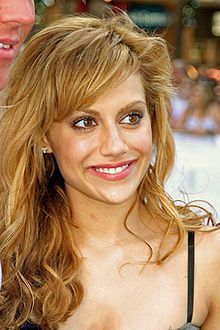 According to the report, the Coroner’s office specifically looked for evidence of mold in the autopsies of both bodies. The victim’s mother refused an inspection of the house by the L.A. health department as the coroner requested.

Sharon has filed a complaint for legal malpractice from the law firm Steiner and Libo, breach of contract and breach of fiduciary duty for not properly informing her that when she accepted the final settlement she was giving up her right to sue for wrongful death.

The lawsuit alleges that the firm had a duty to advise Sharon that she may have a wrongful death claim. Brittany Murphy’s wrongful death was caused by pneumonia, anemia and an excess of prescription drugs as ruled by the coroner. Just 5 months later, her husband died of pneumonia and anemia.

Consulting with an experienced Seattle wrongful death lawyer can help grieving families learn more about their rights and options after a tragic loss. If you or a loved one wants to learn more about legal rights and options after losing a loved one due to negligence, order your free copy of Wrongful Death in Washington State by attorney Chris Davis or call our office in Seattle at (206) 727-4000 today to request a free legal consultation with our team.