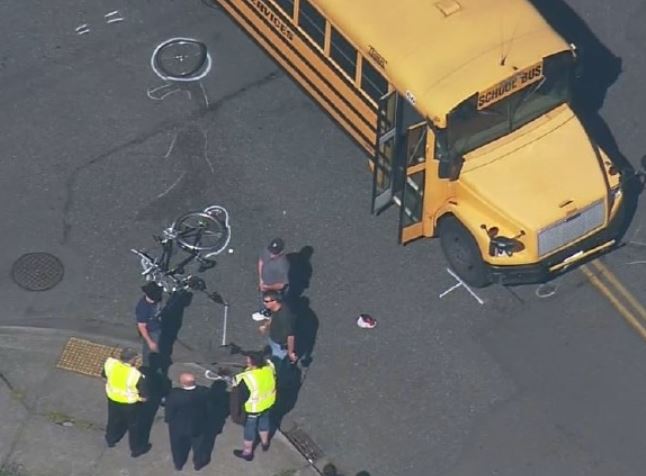 You’ve ridden them. You’ve driven past them. You’ve been stuck behind them in traffic. Those big yellow buses are an integral part of getting students to and from school every day, but how much do you really know about school bus safety?

If you have been involved in a school bus accident, contact Davis Law Group.

Myth No. 1: It’s all right to pass a stopped school bus on an undivided road if you’re going in the opposite direction.

The Truth: In all 50 states, it is illegal to pass a school bus if that bus has stopped to load or unload children. Because children behave unpredictably, and may need to cross the street in front of the bus, it’s safest to stop no matter which direction you’re going in.

Myth No. 2: You should give a school bus the same following distance that you give a car.

The Truth: When traveling behind a school bus, make sure you increase your following distance. School buses need to stop frequently and usually travel more slowly than other passenger vehicles. Dozens of accidents happen each year because drivers follow too closely and rear-end school buses.

Myth No. 3: Children must always buckle up when they’re riding the bus.

Myth No. 4: Most student deaths in accidents involving school buses could have been prevented if students were wearing seat belts.

The Truth: Most students who die in school bus crashes are actually walking, not on the bus. These preventable deaths happened when students were hit by the school bus or by a motorist illegally passing a stopped bus.

Myth No. 5: When a teacher, coach, or other school district staff member is assigned to ride the bus with students, they have complete authority and responsibility on the bus.

The Truth: While Washington State does expect a teacher, coach, or other certificated staff member to be responsible for the behavior of students, the school bus driver has the final authority and responsibility under state law.

Myth No. 6: Every other vehicle on the road must yield to a school bus.

The Truth: School buses must yield the right of way to emergency vehicles.