An 18-month-old toddler was tragically killed when a truck struck her in a church parking lot Tuesday night in Parkland.

According to KOMO, the driver of a Chevrolet Avalanche truck was parked at the Lamb of God Christian Community Church talking to a relative. When their conversation was over, the driver – a 35-year-old woman – pulled forward to exit the parking lot when she heard a commotion behind her. 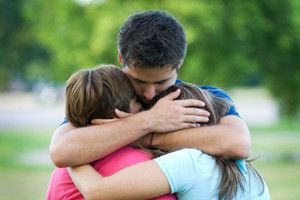 The driver noticed a small child laying on the ground and the child’s father running from the church toward the child. The toddler’s mother arrived shortly after, and the driver began driving toward a nearby hospital, calling 911 on the way. The dispatcher told them to pull over and wait for an ambulance.

The toddler was transported to the hospital, where she died shortly after arriving. Pierce County deputies said the driver returned to the scene of the accident and fully cooperated with detectives. She showed no signs of impairment. No witnesses saw the toddler get hit or know how she got into the parking lot.

"Our hearts go out to everyone involved in what appears to be a very unfortunate accident," the Pierce County Sheriff's Department said.

Attorney Chris Davis and the legal team at the Davis Law Group, P.S., can assist you in your wrongful death case.

If you have lost a loved due to a wrongful death accident in Washington State, call us at (206) 727-4000, use the chat feature below or fill out the contact form on this page to schedule a free legal consultation.