Toddler in Stroller Killed after Two-Car Crash in Bellevue 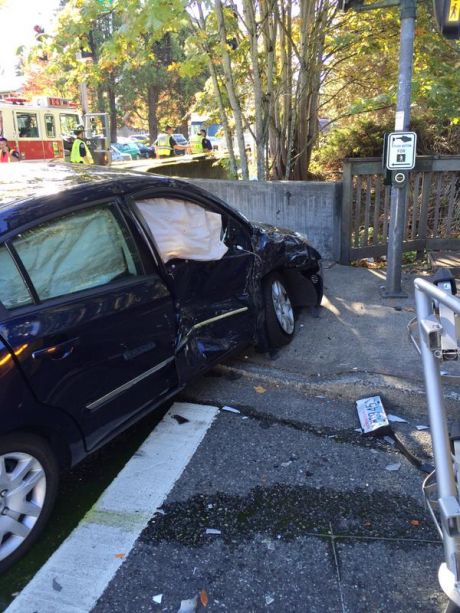 Bellevue police and fire officials say that a 28-month-old toddler was killed after a two-vehicle car accident caused one vehicle to jump up onto the sidewalk and strike the child’s stroller.

The force of the initial collision caused the Sentra to jump up over the curb and onto the sidewalk, where a 25-year-old woman was pushing her 28-month-old daughter in a stroller. The child was reportedly killed in the collision, while the mother suffered minor injuries.

The two drivers involved in the collision also suffered minor injuries. They, along with the injured mother, were taken to a nearby hospital for treatment.

Impairment Not a Factor, Liability Unclear

Bellevue Police Chief Steve Mylett told reporters shortly after the collision that it does not appear as if either of the drivers involved was under the influence of alcohol or drugs. Mylett added that the incident appeared to simply be a “horrible, tragic accident.”

It goes without saying that Bellevue police and fire officials will spend a great deal of time and effort reconstructing the accident scene and working to determine what exactly led up to this devastating collision.

Appearances can be deceiving, and it’s far too soon to jump to conclusions about who may have been responsible for this fatal crash. However, it’s interesting to note that the traffic signals at this particular intersection can sometimes display a “Yield” signal to drivers making a left-hand turn.

These types of intersections are dangerous in the sense that drivers sometimes are incentivized to take chances in order to make it through the intersection. Of course, the results of the official investigation will help investigators determine who is responsible for the crash, or whether both parties involved are responsible.