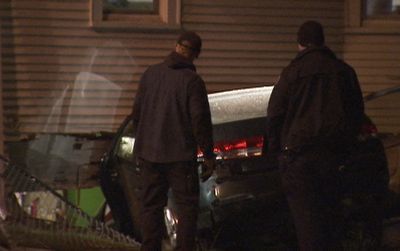 A teenage driver was arrested after crashing into an occupied house in South Seattle Friday evening, and police believe that he may have been under the influence of drugs at the time of the accident.

No Injuries in Car-vs-House Accident

Emergency crews responded to calls of a car crashing into a home in the 5500 block of 15th Avenue South in Seattle at approximately 9:35 p.m. Friday. The 18-year-old driver was driving a 2003 Honda Accord northbound on 15th Avenue when he lost control of the vehicle and crashed into the bottom floor of the home.

The residents of the house were home at the time of the collision, but police say nobody in the home was injured. There were three additional passengers in the Honda Accord, all of whom were in their late teens, and police said none of them sustained any significant injuries. They were released after being interviewed by investigators.

According to the Seattle Police Department (SPD) blotter, “the driver of the Honda displayed obvious signs of impairment due to drugs.” SPD spokesman Jeff Kappel says the teen driver was further evaluated by a drug recognition expert (DRE) after the accident and he was arrested on suspicion of driving under the influence of drugs (DUID).

Arrested on Suspicion of 'Drugged Driving'

As is the typical procedure for DUID-related accidents, the driver was taken to Harborview Medical Center in Seattle to undergo a blood-draw. Police released the driver pending further investigation and the results of the blood test, which will allow authorities to determine if the driver had drugs in his system at the time of the accident.

With the recent passing of Initiative 502, which legalizes the possession and use of small amounts of marijuana, there has been a lot of discussion about the impact legalization of the popular drug would have on drivers and traffic safety in Washington state. Thankfully everyone in this accident was okay, but this is a perfect example of the dangers of driving under the influence.