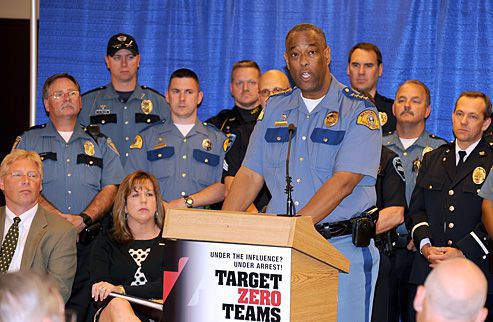 In a recent blog post, we detailed Washington State’s Target Zero plan and the additional efforts that would be implemented by law enforcement agencies state-wide for the Cinco de Mayo weekend. As expected, a lot of Washington State residents were celebrating the holiday over the weekend, and thanks to the Target Zero team’s efforts, many of them paid for the poor decisions they made while under the influence of alcohol.

According to Pierce County officials, law enforcement personnel in King, Snohomish and Pierce Counties made 187 DUI-related arrests over the Cinco de Mayo weekend. Police significantly increased their DUI accident prevention efforts over the weekend, as officers targeted streets in major cities up and down Western Washington.

The holiday fell on a weekend for the first time in five years, which officials expected would create an even greater opportunity for drivers to be on the road under the influence. Aside from DUI patrols, officers also organized strategic visits to local bars in order to curb irresponsible decision-making. The teams passed out special cards that could be scanned with a cell phone, connecting the user directly to a taxi company.

Perhaps the most noteworthy incident over the weekend included a man who was driving the wrong way on Highway 99 in Everett. Police pulled him over, leading them to realize that he was severely impaired. The man was taken to a nearby hospital and assessed for alcohol poisoning and a serious heart syndrome that was caused by excessive alcohol consumption.

The personal injury attorneys at Davis Law Group helps DUI-related collision victims get financial compensation for their injuries and lost wages. We work closely with the criminal prosecutor to make sure that all avenues, both criminal and civil, are being pursued. If you have been the victim of a drunk driver, contact Davis Law Group at 206-727-4000.
Be the first to comment!
Post a Comment