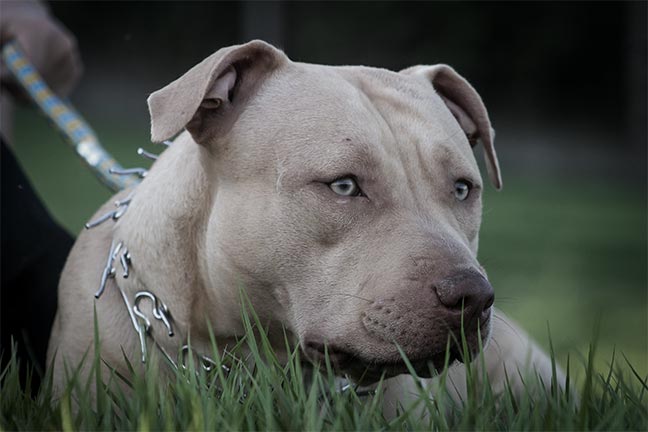 Two boys in Tacoma were injured after being attacked by a group of pit bulls while walking on the sidewalk last weekend.

The 11 and 14-year-old boys were reportedly walking to a convenience store when the owner of the dogs let them outside. The dogs immediately charged the boys, barking at them and eventually biting and bringing both to the ground. The attack, which was captured on a neighbor's doorbell camera, was broken up by another neighbor who witnessed the attack and rushed to help the boys.

Pierce County Animal Control seized two of the three dogs responsible for the attack, but have not been able to locate the third. One of the dogs that were seized had two prior incidents and has been deemed dangerous by the county. It is unclear if that was an existing designation or a result of this attack.

The dogs in custody will await a decision from Pierce County Animal Control on whether they will be put down, or returned to their owner with tighter restrictions. Officials stated that the investigation has been difficult, as the owners of the residence where the dogs were living say the owner of two of the dogs is currently incarcerated.

In an interview with KOMO, the 11-year-old boy and his father told reporters that the owners of the dogs have not reached out to them to check on the boys’ wellbeing. The boy recounted the attack during the interview and said that the event was scary for him, and thought he was going to die after being bit in the face.

The father of the 11-year-old boy also stated in the interview that he would like to see the owners of the dogs held accountable, and expressed that he doesn’t want anyone to take their ownership duties lightly.

What Should You Do After A Dog Bite?

Dog attacks can be absolutely horrific for victims whether the attack proves to be deadly, permanently life-altering or simply leaves the victim with puncture wounds or scars.

Bites to the face can leave victims permanently disfigured or requiring cosmetic surgery to return to their previous quality of life and bites to the extremities whether arms, legs, hands, or feet can cause serious damage to a victim's soft tissue or even break bones requiring more costly and involved medical care or physical therapy to recover from.

A dog bite victim's first and most important priority should simply be to make sure they receive all necessary medical care following an attack and give themselves the best possible chance at making a complete physical recovery from their injuries.

Once a recovery plan is in place, and a general understanding of the damages suffered in the attack can be reached, victims and their counsel should they have any can turn their attention to attempting to recover damages from the at-fault party involved.

Understanding Your Rights After A Dog Bite

Dog owners are responsible for the actions of their animals in any circumstance where the victims had a legal right to be including in public parks or on the sidewalk and whether or not an attack occurred at or around the dog owners' home, their homeowner's insurance may still apply.

Homeowners insurance, like car insurance, will have exceptions and stipulations regarding what is and is not covered and may even exclude certain breeds of dogs in some cases which could prove problematic for victims bit by an excluded breed or if the insurance company find any other reason to decide a claim may not be valid.

Victims may also have a claim against their local animal control group for not properly handling a dog with a known history of aggression towards humans, but these claims require an in-depth understanding of animal control policies and may even require an expert witness to testify on your behalf.

Insurance companies and local municipalities can attempt to reject a claim for any number of reasons and resist having to pay out a settlement up to the point of going to trial which is why as a dog bite victim it's crucial you have the best possible advocates on your side.

Davis Law Group has been helping victims of dog bites and even specifically pit bull attacks in the state of Washington for more than 20-years, and successfully gotten millions of dollars of results for our clients in that time.

Earlier this year, our team reached a $1.3 Million Dollar Settlement for a 5-year-old child who was bit in the face by a pit bull with an aggressive history inside a barbershop.

If you or a loved one have been injured in a dog attack and have questions about your claim or the recovery process, Davis Law Group offers free case evaluations for injury victims or their loved ones to help break down the recovery process and set victims on the best possible path to recovery whether they need an attorney or not.

You can call to request your free case evaluation today by dialing 206-727-4000 or using the chat or contact options on this page.