Suing a University for Personal Injury or Wrongful Death 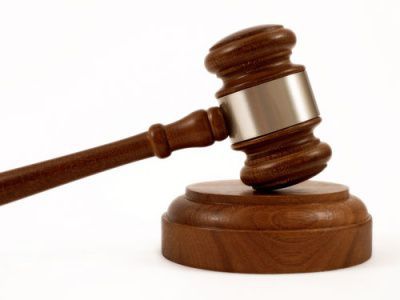 Back in 2006, a college freshman named John Fiocco Jr. mysteriously disappeared from his New Jersey college dorm after a night out with a group of friends. According to news reports, a large amount of the student’s blood was found near a trash compactor on the college campus, leading authorities to wonder if he had been involved in some sort of accident with the machine.

A short time later, investigators found Fiocco's body in a landfill in Bucks County, Pennsylvania. However, authorities were unable to determine exactly what happened to the 19-year-old, including whether his death was the result of an accident or a violent crime.

Investigators found that the doors to the trash compactor were left often left unlocked, including on the night that Fiocco disappeared. Experts concluded that an electronic component of the machine would activate the compactor when its contents reached a certain level, and that a person falling into the compactor could have activated that component.

A superior court judge ruled that the student’s parents were entitled to sue the university for wrongful death because a jury could conclude that the school was responsible for maintaining the safety of its students by controlling who was allowed in the compactor room, and also for securing the compactor's doors and hinged lids.

After more than six years of investigation into the incident and negotiation by the family, the two sides agreed to a $425,000 settlement in order to avoid the additional expenses of litigation. However, it has never been officially determined what led to the college student's tragic death.

Can I Sue a College or University for Personal Injury or Wrongful Death?

Locally, parents of students at colleges and universities in Washington state may be unaware of their legal rights if their child is seriously injured on campus.

The circumstances of every case are different.  Parents would be wise to consult with an experienced personal injury attorney or wrongful death attorney who can examine the facts of the case, the school’s policies, and other possible factors to make a determination of liability and decide if a lawsuit is warranted.

One of the biggest factors that comes into play in cases like the one above is the level of legal support that large colleges and universities typically have. Depending upon the size and financial resources available to a particular college or university, there may be a large legal team defending the institution from claims like the one mentioned above.

Because of this, it's no surprise that the wrongful death lawsuit took more than six years to be resolved. The Fiocco family recognized they would need quality legal representation in order to pursue a claim against the school, and as a result the school was forced to agree to a settlement.