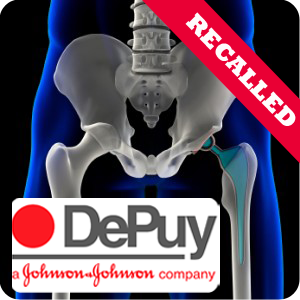 Ever since DePuy Orthopaedics – a subsidiary of Johnson & Johnson – introduced the ASR hip replacement implant device to the American marketplace, thousands of lawsuits have piled up against the company claiming negligence. The serious complications that have resulted from the DePuy hip implant, which can sometimes include metal toxicity in the patient’s blood, have left many Americans with long-term medical conditions and costly medical procedures to correct the issue.

A recently-released study from the Journal of the American Medical Association (JAMA) shows that women have a significantly higher risk of experiencing a hip implant failure than men. In fact, researchers found that the rate could be as much as 30 percent higher for women.

The study, which was conducted by researchers at Cornell University, looked to explore any potential impact that a person’s gender could have on their own likelihood of experiencing a hip implant failure.

Some of the potential complications and/or medical conditions that often result from hip implant failures include:

Why Gender Matters for Hip Implants

The DePuy hip replacement implants that have been involved in the thousands of lawsuits that are active in America today were fast-tracked to the American marketplace by the FDA before adequate research and testing had been conducted. As a result, the manufacturer and consumers alike were unaware of the side effects until it had already affected a significant number of people.

Although the researchers have not determined an exact cause for the higher risk of hip implant failures in women, they believe the fact that women have smaller joints and bones in comparison to men is a significant factor.

And while many of the side effects of these defective hip implants are painful and require the recipients to undergo additional corrective procedures, metal toxicity is perhaps the most potentially destructive condition associated with the devices. The risk of metal toxicity is simply too high to justify the use of metal-on-metal hip implants, especially considering that other types of devices do not have such high failure rates or destructive side effects.