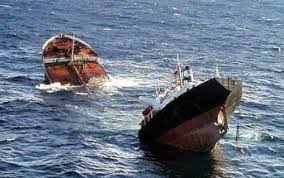 Countless people travel by ship every day in the United States, whether they are passengers on a cruise line, employees on a cargo ship or recreational fishermen. And as is the case with all modes of transportation, ship accidents are an inherent risk when it comes to traveling on the open waters of the world.

In the past, there has been very little – if any at all – scientific research related to tracking trends in maritime accidents across the globe. But earlier this year, in what is believed to be the first comprehensive study on dangerous ‘hotspots’ for boating and shipping accidents, the World Wildlife Fund (WWF) released data highlighting some of the most dangerous places in the world for maritime accidents.

Moving Towards a Safer Maritime Industry

According to Walmsley and his research team, the fact that the shipping industry is expanding so quickly and therefore is operating in more dangerous areas increases the probability of accidents and the severity of the consequences that result. The WWF says it hopes that this study will help influence leaders in the industry to develop and implement precautionary measures that can identify and address risk factors for the maritime industry.

“We really want to see the shipping industry promote greater owner and operator responsibility and encourage owners to register with better flag states, the country which a vessel is registered to,” Walmsley added. “Additionally, irresponsible and badly performing owners and countries need to be exposed in order to motivate them to significantly increase their standards which will decrease the number of accidents we see still occurring today.”

It is important to remember that in addition to the environmental and economic impacts that result from maritime accidents, the people who are employed on ships throughout the world are also directly affected by the risks of maritime accidents. Fortunately, maritime workers are protected by the Jones Act, which allows them to recover damages if they are involved in an accident that was caused by the negligence of their employer or the ship owner. To learn more about the Jones Act and how it protects maritime employees, or to request a free legal consultation with a qualified maritime accident attorney.

According to the study published by the WWF, the South China Sea, East Mediterranean and Black Sea, North Sea and British Isles are the most dangerous hotspots across the globe for accidents involving maritime ships.

The organization analyzed maritime accident data from the past 15 years and looked to identify trends in contributing factors that were involved in these accidents. WWF, which is one of the largest independent conservation organizations in the world, says that their study is the first of its kind to ever be funded and conducted independently.

“Since 1999 there have been 293 shipping accidents in the South China Sea and East Indies, home of the Coral Triangle and 76 percent of the world’s coral species,” says Dr. Simon Walmsley of the WWF. “As recently as April this year we’ve seen a Chinese fishing boat run aground on a protected coral reef in the Philippines that had already been damaged by a US Navy Ship in January.”

In the study, the lead authors note that fishing vessels accounted for approximately 25 percent of all ships that have been lost in maritime accidents over the past 15 years, while general cargo ships accounted for more than 40 percent. Additionally, the fact that so many accidents have resulted in a release of toxic hazardous substances into the ocean – such as crude oil – has resulted both environmental and economic consequences.

“The Prestige oil spill [of 2002] caused not only environmental impacts but economic losses estimated at [8 billion Euros]. Even small scale accidents in very sensitive environments, like the Great Barrier Reef, can have profound environmental consequences,” Walmsley added.