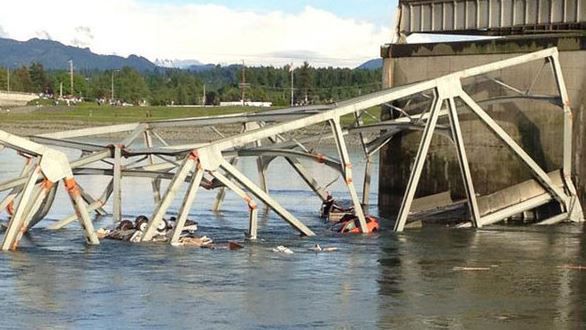 The bridge that carries more than 75,000 cars over the Skagit River on Interstate 5 was not prepared to handle a significant physical impact in the event of an accident, according to a news report published in the Seattle Times Thursday night.

The Skagit River Bridge – and many others like it that were built around the 1950s – was built with a design that today is referred to as a fracture-critical bridge – meaning if there is a failure to a key component, an entire section of the bridge could fail and the end result is what we saw Thursday night in Mount Vernon.

Steel-truss bridges like the Skagit River Bridge are designed with a “complicated web of forces distributed through the interdependent parts,” according to a report published in the Seattle Times. The Times’ article also mentions a bridge in Minneapolis – which shares the same structural design and subsequent falls as the Skagit River Bridge – that collapsed back in 2007.

Rush-hour traffic had been stalled for some time on the Minneapolis bridge, and the bridge eventually collapsed sending dozens of vehicles and hundreds of people into the Mississippi River. There was a total of 13 fatalities and 145 injuries in that particular accident. News reports show that the Minneapolis bridge, however, had been identified and labeled as a decaying bridge at the time, while the Skagit River Bridge had not prior to its collapse.

Truck Driver Was Approved for Travel on Skagit River Bridge

One of the most interesting details that has developed so far in the this particular bridge collapse case is the fact that the company responsible for the tractor trailer that crashed into the bridge – which has been identified as Mullen Trucking from Alberta, Canada – has said that it received approval from the Washington State Department of Transportation (WSDOT) to haul cargo down Interstate 5 to the city of Vancouver.

The fact that the company had approval from the state suggests that there may have been a lapse in the process of approving the trip by WSDOT. WSDOT spokesman Dave Chesson added that there were also no signs leading up to the bridge that would have warned the truck driver of the allowable height for entering the bridge. 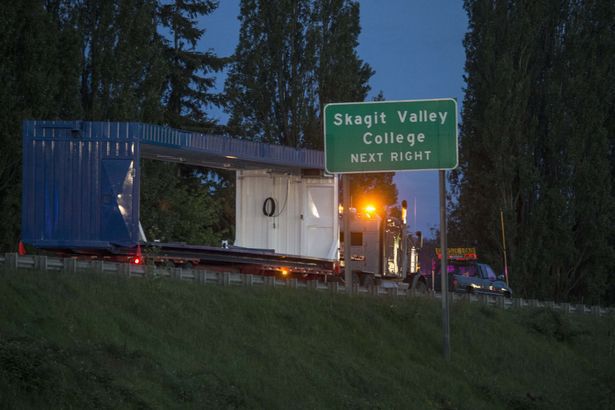 Mullen Trucking also says that it hired a local escort to help navigate the route. The escort company likely provided the pilot vehicle, which is the truck in front of the tractor trailer that is pictured above. Since the escort company is allegedly a local one, there is a chance they would be responsible for knowing that the bridge was not large enough to handle the oversized load.