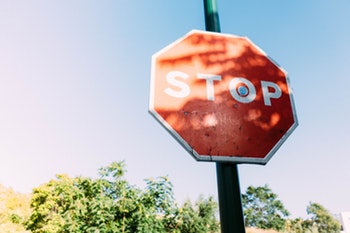 Two people were injured in a serious crash caused by a missing stop sign in Benton City, according to the Washington State Patrol.

The incident occurred around 7:40 a.m. at the intersection Highway 225 and Corral Creek Road.

Police say a 59-year-old Benton City woman in a Honda was heading west on Corral Creek Road when she crossed in front of a GMC Sierra pickup truck on Highway 225. The driver of the pickup, a 54-year-old Richland man, was not hurt.

The driver of the Honda and her passenger, a 23-year-old Benton City woman, were trapped inside. Firefighters freed the women and took them to Kadlec Regional Medical Center in Richland. The passenger was not wear a seat belt.

Investigators said the Honda was supposed to stop at the intersection, but the stop sign and pole had been stolen.

While the above collision does not appear to have resulted in any fatalities, the incident could have been much worse. For example, a 1996 collision in Florida that resulted in the death of three teenagers.

Three friends in their early 20’s received 15 years in prison for removing a stop sign as a prank and causing the death of three teenagers who drove into the path of a semi truck. The stop sign was found on the roadside near the accident.

So obviously stealing traffic signs can have major consequences. These signs are posted for a reason — public safety — and when they’re missing the area can become confusing and extremely dangerous for everyone.

Stealing a street sign is a misdemeanor in most states. It carries a fine based on the value of the sign, and up to a year in jail. Street signs can be worth $50 to upwards of $500, and violators have to pay that amount as restitution in addition to the fine.

Many people think they can handle the aftermath of a car accident on their own. But accidents, injuries and the ensuing legal process can be more complex than you initially think. The mounting medical bills, missed time from work, and pain and suffering make this a hectic time in a victim’s life.

When you work with the award-winning Seattle car accident attorneys at Davis Law Group, you are getting a passionate advocate for accident victims and someone who can help you through the process. We work tirelessly while you recover.

For a free case evaluation, contact Davis Law Group today at (206) 727-4000, use the chat feature below or fill out the form on this page to get started. Our attorneys work on a contingency fee basis, meaning we don’t get paid unless we win a settlement for you.