Senior Drivers are a Potential Threat to Public Safety 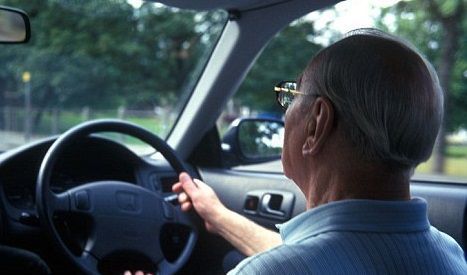 Two recent accidents involving elderly drivers in Florida have renewed the debate about how often older drivers should be tested in order to keep their licenses.

A 78-year-old woman was killed when she was run over by an 89-year-old driver at a Delray Beach Walmart. In nearby Deerfield Beach, another woman was killed after an 88-year-old driver backed over her and dragged her across a church lawn. Officials are evaluating potential solutions to the problem. But challenging people's ability to drive will always seem like a hostile maneuver to some percentage of the population.

A statistical increase in fatal car accidents with older drivers has people nationwide debating the current processes in place for determining whether elderly people are fit to drive.

In a number of U.S. states, including Florida, older drivers are not required to take a driving test to renew their licenses. We typically see this debate arise whenever there is an emergence of serious accidents involving older drivers, but many seniors feel that potential solutions to the problem puts their independence in jeopardy.

Florida’s problem with senior drivers is only going to progress, as experts have recently determined that 25 percent of the state’s population will exceed 65 by 2030.

“We know that literally millions of baby boomers will reach their sixties in the near future and we know that we have the ability to make our roadways safer for older drivers,” says Roger Wentz, President and CEO of the American Traffic Safety Services Association (ATSSA).

As for regulating the renewal of driver licenses, experts are still working on developing a plan. Costs of driving tests and establishing infrastructure to maintain increased regulation, requiring senior drivers to get tested annually seems a bit unrealistic.

What do you think would be the most effective way to make sure that aging drivers don’t pose a significant threat to society? Would it be wrong to require elderly people to be tested when they renew their licenses each year?