Spinal Cord Injury Victims May Have Another Chance to Walk 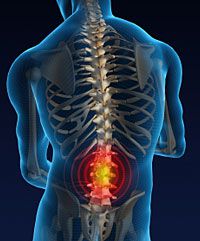 A doctor at Duke University is merging brain science with engineering to create a tool to allow quadriplegics to walk again.

Dr. Miguel Nicolelis is working with engineers, neuroscientists and physiologists from Switzerland, Brazil, Germany and the United States to create a revolutionary product, which they call “prosthetic exoskeleton.”

Their collaboration now involves two monkeys named Mango and Nectarine. The latest experiment showed that electrical messages conveying sensation could be sent directly to the monkeys’ brains. The research will continue with the monkeys.

The researchers’ goal is to have a young quadriplegic walk out in the suit to the midfield to open the 2014 World Cup soccer tournament in Brazil.

If a person has spinal cord injury, these bursts of electrical information to the brain would a patient to experience touch again.

In an experiment with the monkeys, it was shown that they could learn to initiate movement with their thought patterns. This was a key step in creating a prosthetic device.

The experiment has been named the Walk Again Project. A professor of neurology at Weill Cornell Medical College is praising these advancements, saying it is a remarkable use of sensory information that opens novel possibilities.

The ultimate goal, of course, is for the prosthetic to send all the sensory information; touch, position and temperature.

“We are trying to provide the patient a new body,” Nicolelis said.