Pedestrian Deaths Are on the Rise Nationally and Locally

Over the past few days a number of people have been killed or seriously injured in pedestrian accidents in the Greater Seattle area because of reckless decisions made by drivers. 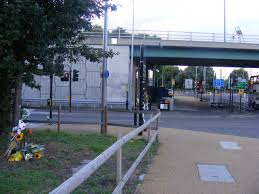 In Renton a 17-year-old boy was killed by a 16-year-old driver who fled the scene. The 17-year-old was pronounced dead on Tuesday morning. Descriptions of the vehicle, which turned out to be a Dodge Magnum, led the victim’s brother to give a Facebook photo of the 16-year-old to the police. The driver was arrested.

A 26-year-old man was charged with vehicular assault and vehicular homicide on Wednesday when his Subaru Legacy killed a 23-year-old woman and sent a 25-year-old man to the Harborview Medical Center by way of emergency air lift. The 25-year-old remains there in critical condition. The site of the accident is a minor neighborhood road with adolescent pine trees and soft brown dirt on either margin. It’s the kind of spot that seems inherently peaceful. Authorities are investigating whether the 26-year-old was drunk at the time of the accident.

These sorts of deaths are thoroughly tragic in a way that instills helplessness. It’s difficult to determine if there are systemic improvements that could have been made considering that pedestrian vehicular deaths increased in 2012 (the latest year that we have good data for). 4,457 pedestrians died from car crashes in 2011. 4,743 pedestrians died in car crashes in 2012. That’s a 6% increase between years. If you look at the data going back a few years the pedestrian death rate from vehicle collisions has increased by 15% since 2009. Add a more alarming statistic to these data: Almost a fifth of all pedestrian deaths were results of hit-and-run collisions.

Traffic experts have different theories as to why the pedestrian death rate has crept up. Perhaps in the wake of the global recession of 2009 more people are going without cars, which creates more pedestrians. Perhaps more drivers are dividing their focus by using phones while behind the wheel. Regardless of the cause, we have a duty to seek justice. We have a duty to do better. We must remember that our vehicles are weapons when they are not respected.