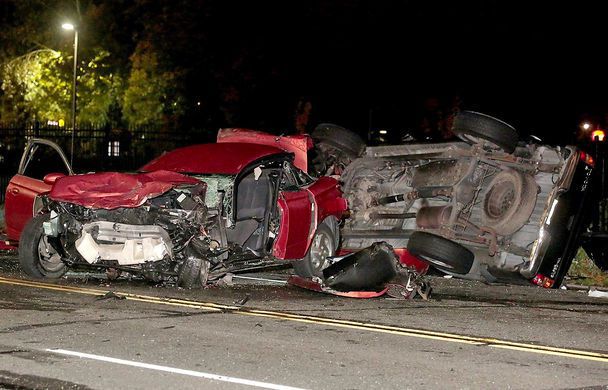 An out-of-control pickup truck crashed into an estimated 15 different vehicles and left as many as 10 people with significant injuries during Friday’s evening commute.

According to The Seattle Times, a 70-year-old man was allegedly driving his pickup truck between 60 and 70 mph on Rainier Avenue South just before 5 p.m. Witnesses said nine of the maybe 15 struck vehicles had passengers.

The vehicles struck by the pickup reportedly included a King County Metro bus and a police vehicle. At least three of the vehicles were so badly crushed that the occupants inside had to be extricated by emergency rescue crews.

The crash left behind a wreckage of debris from all of the vehicles involved and police had to shut down a large section of the street to investigate and collect evidence. John Hayes of the Seattle Police Department (SPD) was inside of the police vehicle involved in the crash. Hayes arrested the driver, was evaluated at the scene and released with general soreness.

“I was so happy that nobody was killed,” said Hayes after the crash. “He was driving so fast. I can’t even tell you the amount of blessings that went through my mind. The people here in Rainier Beach mean the world to me, because there are so many people working so hard.”

Friday was a particularly dangerous day to be on the roadways in Western Washington; a four-vehicle crash in Gig Harbor left seven people injured, and six more people were injured in a multi-vehicle crash in Tacoma at around the same time. Thankfully there are no reports of any fatalities from the Halloween mayhem, but the events from this weekend only affirm the disturbing trend of an increased number of crashes on Halloween night.