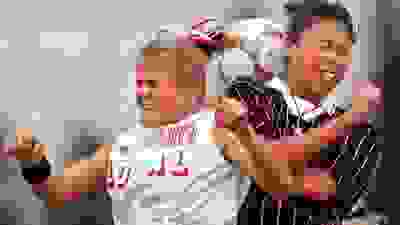 Common sense tells us that athletes who participate in high-impact sports – such as football or hockey – are naturally putting themselves at higher risk of suffering from some form of brain injury. With all the hard hits and overall physical nature of these games, it’s no wonder that brain health experts and advocates have begun pushing for more brain injury research over the last several years.

We have not necessarily heard the same push for attention to the possibility of brain injuries in lower-impact sports such as soccer. But as it turns out, soccer players have an inherent risk of developing brain injuries as well due to the nature of heading the ball during game play. And as one of the most popular sports in the world, it’s important that soccer players understand how the game affects their own risk of brain injury.

If you’ve ever watched soccer, you know that a small man who tripped over his own shoelace might be the most significant injury you witness throughout the entire match. Overall, the sport hardly compares to others such as football or hockey when it comes to physical contact and potential injuries.

But according to the Journal of the American Medical Association (JAMA), soccer is right up there with boxing, hockey and football when it comes to the risk of developing long-term brain damage as a result of sports activity.

“While recent news about athletes who have developed long-term brain damage related to sports injuries has been primarily focused on head-jarring sports such as football, hockey and boxing, a new study suggests that soccer players may also be at risk of impairment because they use the head as a means of intercepting and propelling the soccer ball,” wrote Ann Punnoose, MD of the JAMA.

The study was commissioned by Michael Lipton, MD and his research team and they analyzed 38 individual soccer players with a mean age of 31 years. According to the study, most of the players who volunteered to participate in the study had been playing soccer since they were five years old or younger.

Abnormalities in the Brain

First, the researchers used diffusion tensor imaging (DTI) to measure the ability of water molecules to travel through the white tissue matter in different areas of the brain. According to JAMA, previous brain injury research has shown that traumatic brain injuries are consistent with abnormalities in this process.

The research team found that the water molecules moved less fluidly in the brains of players who had participated in frequently heading a soccer ball throughout their careers, while the infrequent headers had more fluid results.

Perhaps the most significant control factor in this study was eliminating any previous instances of traumatic brain injuries – such as concussions – from the research. For this particular study, none of the participants in any group had a history of concussions or other brain injuries. This suggested that the single contributing factor that was different in the groups of participants was the heading of a soccer ball.

Sports-related risks aside, there are a number of other factors that could potentially contribute to increased risk of long-term brain damage. While this particular study does not identify whether or not heading a soccer ball increases the risk of long-term brain damage, the results suggest that frequent heading of a ball could lead to forms of impairment in the future. The authors say, however, that “differences in head injury rates, sudden accelerations, or even lifestyle could contribute” to the increased risk.

As a result, there is more research that needs to be done, perhaps with a more extensive look at the different factors that could potentially contribute and by measuring the weight that these other factors can potentially have on brain injuries.