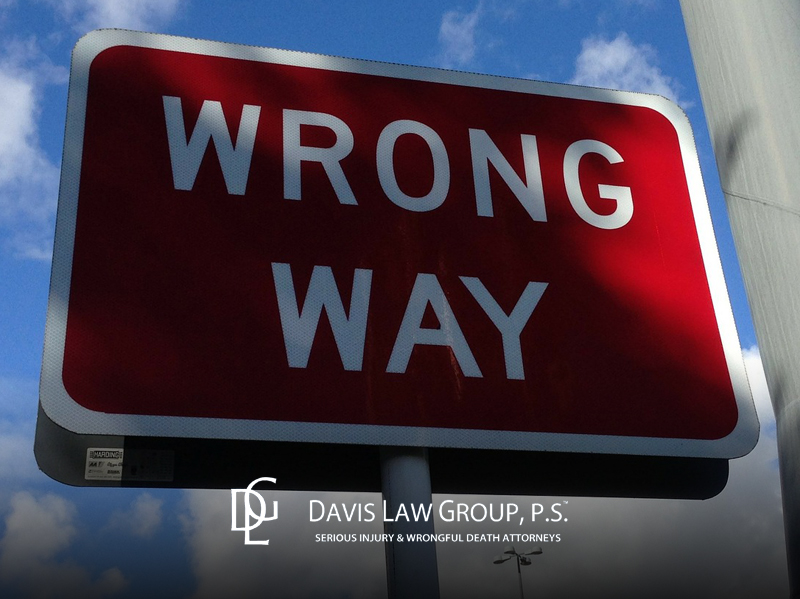 Police say a serious collision that injured five people in Snoqualmie Monday was caused by a driver who was fleeing police and had been driving in the wrong direction on Interstate 90.

According to news reports, the incident unfolded when multiple witnesses reported a possible kidnapping attack at the North Bend outlet malls. Police received multiple calls from witnesses who reported seeing a woman yelling “I don’t want to get into this vehicle” and being pulled into a white van by an unidentified suspect just after 6 p.m. Monday.

The van fled the scene and was later spotted driving fast and erratically by a wildlife officer who was not aware of the suspected kidnapping. The wildlife officer and another officer attempted to pull over the van due to the erratic behavior, but the suspect increased speed and police gave chase.

The driver of the van was later spotted driving westbound in the eastbound lanes of I-90, where the van collided head-on with a blue passenger car that was traveling in the proper direction of the freeway. Several people in the blue car were injured and transported to Harborview Medical Center in Seattle. One passenger in the blue car is believed to have suffered a traumatic brain injury as a result of the crash.

Liability For Accident With A Wrong Way Driver

A proper and thorough investigation into all facts and circumstances surrounding a car accident is crucial to any person’s ability to successfully pursue a personal injury claim. A thorough investigation and detailed reports of evidence and other information about the crash can help insurance companies and the courts determine who is liable for causing a crash.

Washington state law permits accident victims to recover fair compensation for their injuries and other damages from the person or party who is legally responsible for causing their injuries. But determining liability can be more complicated than it seems at first glance – police may have their own determination of fault, while the insurance companies may have a different opinion.

The award-winning car accident attorneys at Davis Law Group can help you and your loved ones determine if you may benefit from hiring an attorney after a life-changing accident. Call Davis Law Group at (206) 727-4000 or use the confidential contact form on this page to request a free legal consultation with our legal team.