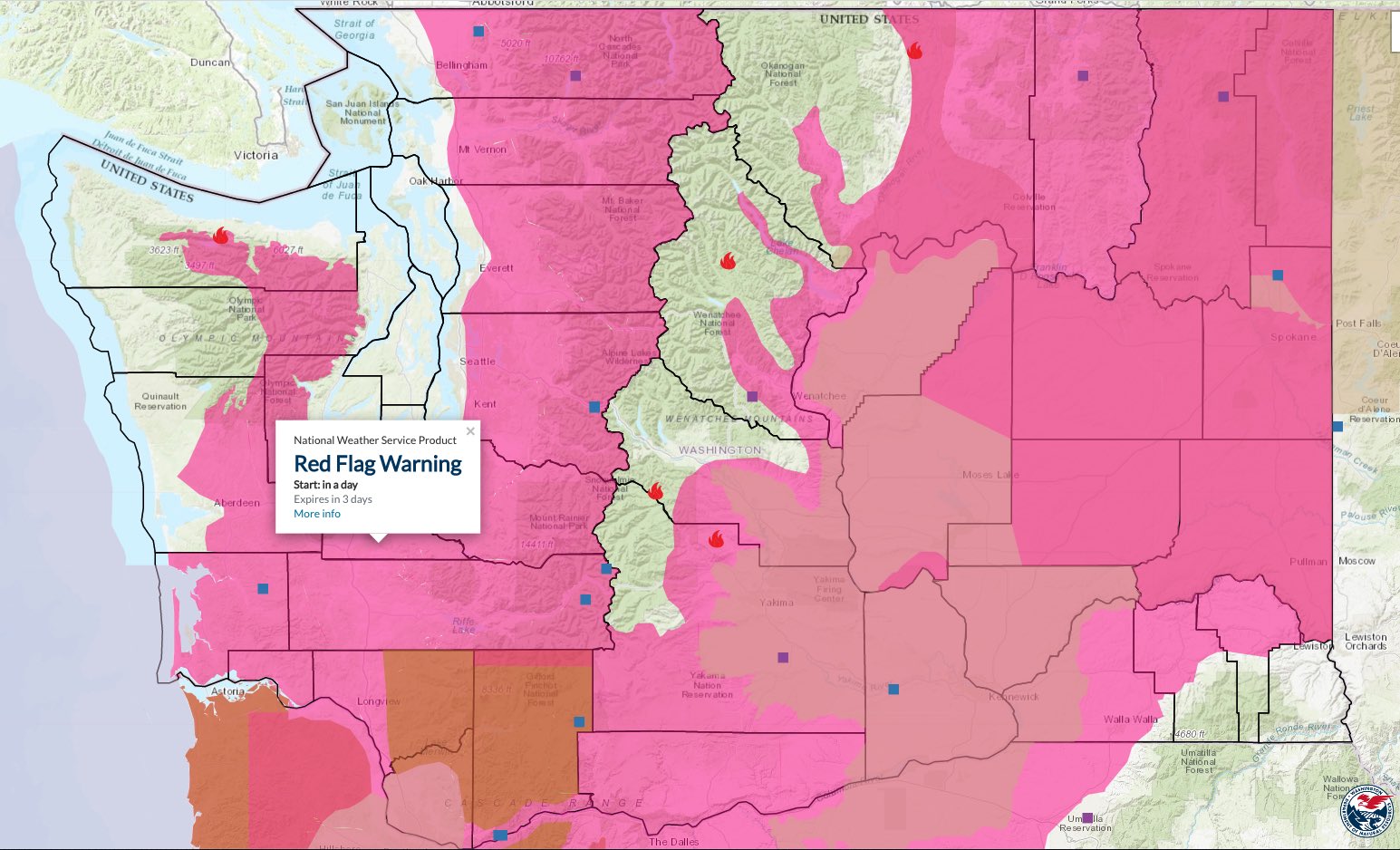 Multiple wildfires across our state have left towns ravaged homes destroyed and highways closed during one of the busiest travel weekends of the year.

The fires, combined with high winds created smoke and dust storms that limited visibility for drivers to as little as six feet in some areas, causing collisions and eventually road closures on some of our state's most traveled highways.

#BREAKING: Adams County requested SR395 and I90 be closed due to very low visibility. Troopers advised visibility is approximately six feet. This is where my brother is currently. This is their view. pic.twitter.com/Mow5nCHqZs

Multiple have shut down everything from Interstate 90 to highway 410 in the last 48 hours and devastated the small town of Malden, less than 40 miles south of Spokane.

Per @PalouseNews these photos show the near total destruction of Malden, Wa. hit by an unbelievably fast wildfire just hours ago. #WAWildfires pic.twitter.com/0yZp4M2sdn

That fire was one of several across the state that spread exceptionally quickly due to high winds in the area that spread smoke to the surrounding areas and accelerate.

Today alone, almost 300,000 acres in Washington have burned. Thousands of homes are without power. Many families have had to evacuate their homes and many homes have been lost. We're still seeing new fire starts in every corner of the state. #WaWILDFIRE

Drivers caught in the smoke faced hazardous conditions with visibility as low as 6 feet in some places, forcing cars to pull over or even causing accidents.

NEW #VIDEO! Major blowing dust causing huge issues near Ritzville, Washington and surrounding areas. This was traveling west on I-90 shortly before the freeway was closed due to poor visibility and multiple collisions including one involving 9 vehicles. #wawx @NWSSpokane pic.twitter.com/KHdHyXNulv

At this time fire crews are continuing efforts to control the various fires across our state, but road closures and potentially hazardous conditions should be expected for the time being.

While the smoke and dust itself may fall under an "act of God" clause in your insurance policy, the negligence of other drivers in the same circumstances would still leave them liable for damages.

While driving through hazardous conditions, it is a driver's responsibility to drive at a safe speed given the road conditions at the time, failure to do so can result in a ticket and be the key piece in determining liability in a car accident claim.

Being able to prove in court that a driver was going too fast for conditions can be challenging and involve building a strong case through expert testimony, witness statements, police reports, and a comprehensive investigation into the accident by a team of experienced attorneys.

Accident victims and their loved ones can call 206-727-4000 or use the chat or contact options on this page to request a free case evaluation 24 hours a day 7-days a week.