Boy Injured In Car Accident While Sledding In West Seattle 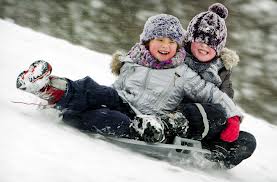 A 14-year-old boy was seriously injured after being hit by a car Tuesday while he was sledding on a hill in West Seattle.

According to police, the car accident occurred just after 1 p.m. Monday when a Ford Focus was driving south on 35th Avenue in West Seattle near 110th Street. The child slid into an intersection and was struck by the vehicle, which was unable to stop due to ice.

News reports indicate that the driver himself called 911 to report the collision to authorities, and police arrived on the scene a few minutes later. Officers evaluated him at the scene and later arrested him on suspicion of driving under the influence of marijuana. He was booked into King County Jail on suspicion of DUI and vehicular assault.

The 14-year-old boy was transported via ambulance from the scene of the pedestrian accident to Harborview Medical Center in Seattle, where he is recovering from undisclosed injuries. There was no information available regarding his condition at the hospital.

Comparative Negligence In A Sledding Accident

Based on the facts presented by the news articles about this particular case, the potential for comparative fault exists in the child's decision to be sledding down a street that is open to vehicle traffic. It of course depends on the true facts of the incident, but based on news reports there is a chance that an insurance company would take the position that the boy endangered himself by sledding around streets with active traffic.

The key to establishing negligence for any serious accident is a thorough investigation into all possible contributing factors that may be involved. Consulting an experienced attorney after an accident is key to preserving important evidence, including physical evidence as well as witness testimony.

The award-winning personal injury attorneys at Davis Law Group have the necessary experience to conduct a thorough investigation and prove your case. Call our office in Seattle at (206) 727-4000 or use the confidential contact form on this page to request a free legal consultation with our attorneys.