Pedestrian Injured In Collision With Dump Truck Near Skyway 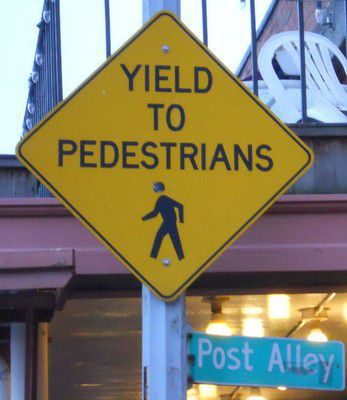 An accident involving a pedestrian and a dump truck caused major traffic delays while investigators worked to determine what may have caused the collision in the westbound lanes of State Route 900 near Skyway Monday.

News reports from KOMO indicate that the accident happened near the intersection of SR 900 and 64th Ave S, along the section of the highway that is also considered Martin Luther King, Jr. Way S. Police shut down the westbound lanes to conduct their investigation.

The victim, who has not been identified, was transported to a nearby hospital and reports indicated that they suffered critical injuries. Police did not indicate who they believed was responsible for causing the collision or whether they had identified any contributing factors.

While SR 900 is a state highway with heavy vehicle traffic, the area where this accident occurred also runs through a heavy residential area. It is not uncommon for pedestrians to use the shoulder of the road where sidewalks are unavailable.

Washington state law says that pedestrians must use sidewalks when they are available. If sidewalks are unavailable, the law says a pedestrian must use the left side of the roadway or its shoulder in the direction that faces oncoming traffic.

While it is unclear whether the victim in this accident was using the left-hand side of the roadway in the proper direction, it's important to understand that Washington state law also allows for multiple parties to be held liable for an accident. Even if the pedestrian in this case was walking in the wrong direction, the driver of the truck still may be held responsible.

The outcome of the police investigation into this accident should shed some additional light on factors that may have contributed to the accident. It is often also beneficial for injury victims to conduct their own investigation into a collision, especially if the pedestrian is injured or suffers harm.

A qualified attorney will have the resources and knowledge necessary to conduct a thorough investigation into the collision and help to determine who may be held responsible. Surely, the company which owns and operates the dump truck involved in this collision will have already begun its own investigation, putting the victim at a disadvantage with regard to their own legal rights.

Call the top-rated legal team at Davis Law Group at (206) 727-4000 today to request a free legal consultation for you or a loved one who has been injured in an accident. We offer a complimentary case review to anyone who wishes to pursue an injury claim after an accident and have helped victims get fair compensation for more than 25 years.