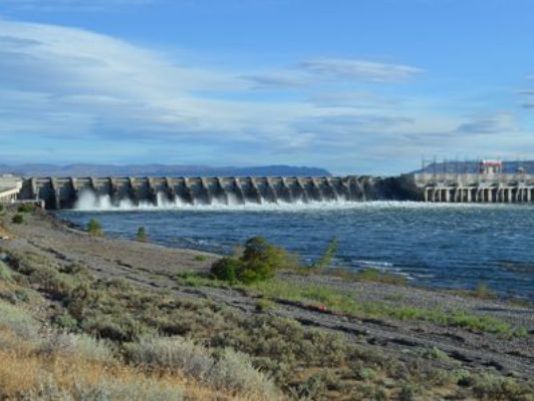 Officials with the Grant County Sheriff’s Office (GCSO) say that at least six employees working for the Public Utility District (PUD) in Ephrata, Washington were seriously injured in an explosion at the Priest Rapids Dam in Grant County Thursday evening.

According to GCSO spokesman Kyle Foreman, six employees were rushed to Harborview Medical Center in Seattle for treatment of serious burn injuries. One of the victims had reportedly been released from Harborview by Friday morning, but the other five remained hospitalized.

Speaking to reporters Friday, officials said two of the patients are currently listed in critical condition and the other two were recently upgraded to satisfactory condition. There was no additional information regarding their identification or the nature of the accident.

Grant County PUD spokesman Thomas Stredwick says all of the injured victims are current employees of Grant PUD, adding that they were all either power plant electricians or plant operators.

“It’s a difficult day for everyone here at Grant PUD,” CFO Kevin Nordt said in a statement to the public. “Our primary focus will continue to be taking care of our people.”

The other nine generation units at the dam are under normal operation, and officials said that the structure of the dam had not been compromised in any way and there was no risk to the general public, aside from potential power outages in the area. Investigators from the Department of Labor & Industries (L&I) are on the scene to investigate any potential causes or contributing factors to the explosion.

Washington state law prohibits employees from suing their employers, which can seriously affect the long-term future of accident victims who are injured while on the job. However, there are a few circumstances where accident victims may have other options for achieving justice after such a serious injury.

Of course, these sorts of details are best discussed with a qualified attorney who has experience handling personal injury claims for workers who have been hurt by the negligence of a third-party. The personal injury attorneys at Davis Law Group, P.S. have handled a number of claims similar to this, and we offer free consultations to accident victims who wish to learn more about their legal rights and what their options are for getting their lives back on track.