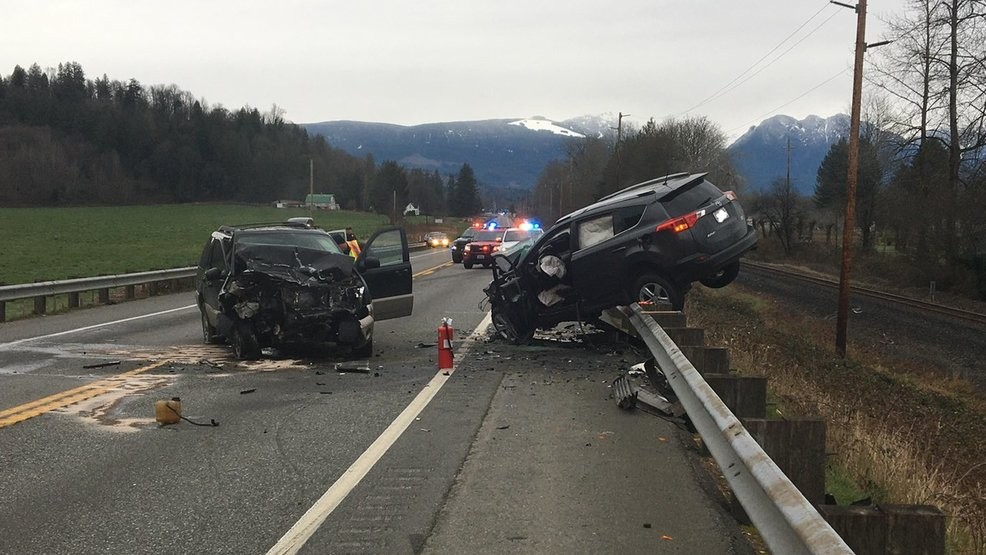 A portion of Highway 2 near Sultan was temporarily blocked in both directions Tuesday morning after a multi-vehicle crash that seriously injured multiple parties.

Police say that the head-on collision occurred just after 8 a.m. near Fern Bluff Road, according to Trooper Heather Axtman with the Washington State Patrol. Axtman told reporters that several parties involved in the collision were injured, but did not elaborate on the severity or other details.

Investigators shut down both directions of U.S. 2 near Fern Bluff Road while police collected evidence, interviewed witnesses, and other investigative tasks.

Highway 2 is one of the most dangerous roadways in all of Washington state. It is one of the most frequently cited locations of serious-injury crashes and is well-known for its “Days Since Last Serious Crash” counter sign on the side of the roadway, which often sits in the low digits. The highway has also been nicknamed the “Highway Of Death” by traffic safety experts.

One challenge associated with Highway 2 that is believed to contribute to the high rate of collisions is the fact that it is such a busy roadway, yet only has one lane running each direction most of the time. Highway 2 is one of the most frequently traveled roadways in the entire state, likely falling only second to Interstate 90, as it also connects the western side of the state with the east.

Legal Factors To Consider After A Serious Head-On Crash

Head-on collisions can be complicated to investigate, as determining liability may depend on a number of factors. It is very important that injured victims have a thorough understanding of what may have caused a collision so that the victim can recover the damages they have suffered as a result of the crash. Personal injury lawyers can often assist innocent victims with the insurance claims process and increase the likelihood of a favorable outcome in the case.

If you or a loved one has been injured in a head-on collision in Washington state or elsewhere in the country, it is likely in your best interests to consult with an experienced personal injury attorney about your case. A qualified lawyer with experience handling auto accident cases will be able to help you better understand your legal rights and whether hiring an attorney would positively impact the potential value or chances of a successful resolution for your case.

Call our office at (206) 727-4000 to request a free case review from our legal staff. If we believe we can help, our team of attorneys and support staff will meet with you for a free legal consultation at your convenience.