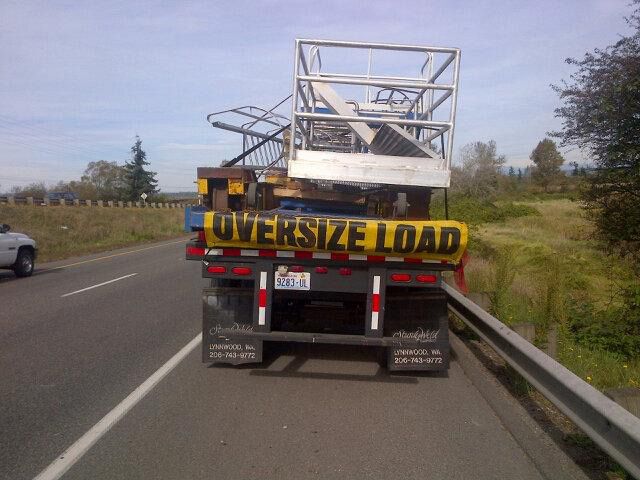 Washingtonians suffered from a bit of déjà-vu Friday afternoon when reports surfaced that a semi truck had struck the support beams of the Snohomish River Bridge.

According to officials with the Washington State Department of Transportation (WSDOT), a tractor trailer driving in the northbound lanes of SR 529 in Snohomish County Friday afternoon struck several support beams of the bridge that crosses the Snohomish River.

WSDOT inspectors responded to the scene quickly to inspect the bridge, and officials announced later in the afternoon that they found no significant damage to the structure. The bridge had reopened to vehicle traffic by 3 p.m.

The vehicle, which was loaded with scaffolding equipment, was headed to Anacortes from Clearview and was reportedly carrying an oversized load. The oversized load – rather than the truck itself – is what investigators believe struck the bridge.

There was damage to the equipment that the truck was hauling, and WSDOT officials will inspect the load to determine its exact measurements.

As many Washington state residents will likely remember, WSDOT officials encountered a similar situation in May 2013 when a semi truck struck the support beams on the Skagit River Bridge, also located in Snohomish County.

Luckily for the drivers who were on SR 529 on Friday, this particular collision was not forceful enough to cause a full-scale collapse. Although it appears as though there is no significant structural damage to the bridge, it will be important for investigators to continue monitoring the bridge to ensure there are not any complications in the future.