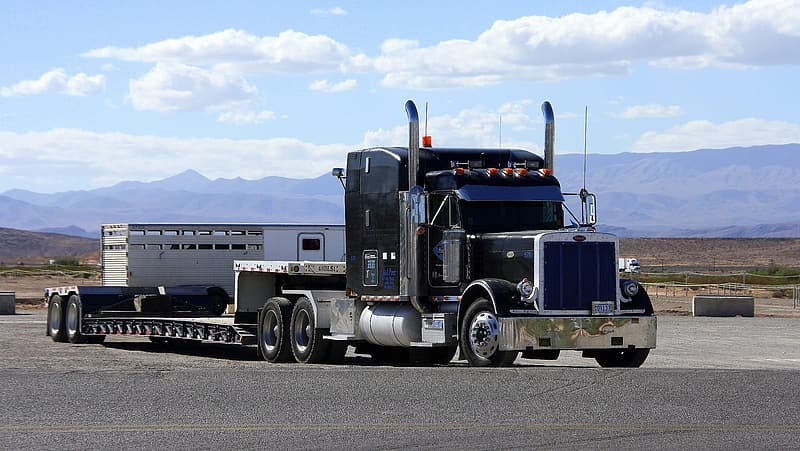 A major semi-truck collision crushed a passenger vehicle on the Skagit River Bridge near Mount Vernon on Tuesday, leaving at least one driver injured.

Trooper Rocky Oliphant with the Washington State Patrol says that the semi-truck, which was towing a large trailer at the time, rear-ended a red Nissan sedan in the northbound lanes of Interstate 5 just before 11 a.m. Tuesday.

There’s really not a word to describe this collision. Miraculously believed to be minor injuries. The car was struck from behind, folded the car in half, and semi came to rest on top of the car. In my 14 year career, I have never seen anything like it. https://t.co/iUsSNIhHYV pic.twitter.com/EPGI70s3Um

Somehow, the female driver was able to crawl from the wreckage before emergency crews arrived. Oliphant says that the way that the collision occurred, causing the woman’s vehicle to fold up, may have been the only way for her to survive the ordeal. He explained that the folding of the vehicle allowed for some of the semi-truck’s weight to be taken off of the passenger compartment, which provided an escape route for the woman.

“Lucky is not the right word because that was not a lucky collision,” said Oliphant. “But she may be the luckiest unlucky person.”

However, insurance companies make a living off of denying, delaying, and devaluing even perfectly viable claims. They hope that accident victims will get frustrated with the process and give up, or accept a settlement that is lower than the actual value because they want the process to be over with.

This is especially true when it comes to accidents involving commercial vehicles, such as a semi-truck or tractor trailer. Commercial insurance companies will fight to deny claims and maximize their profits, leaving accident victims with mounting medical bills, missed time from work, and more.

Contact the experienced trucking accident lawyers at Davis Law Group in Seattle for a free case evaluation and to learn more about your legal rights. You can also order a free copy of Long Haul To Justice by attorney Chris Davis, our free legal guide to commercial trucking accident claims.