Semi Truck Lands On Its Side In Median, Creates Miles of Still Traffic

Semi truck drivers have always posed a greater risk than smaller vehicles to travelers on highways. Even when these truckers are acting and driving responsibly, other drivers can create true chaos, interrupt a system thousands of people depend on, and injure people with their negligence.

South Seattle saw this danger after a semi truck driver spiraled onto its side, closing five lanes of traffic on Interstate 5 and lining up cars for up to six miles in either direction as KOMO reports. 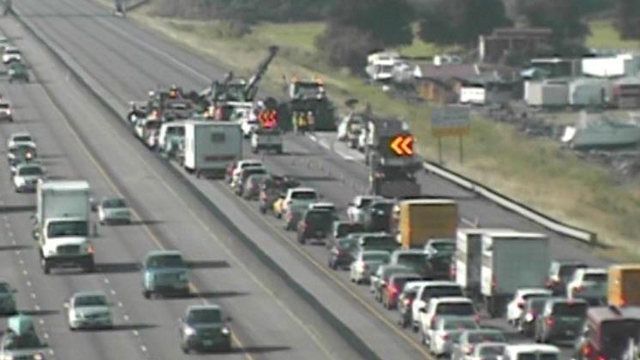 State troopers and medics have visited the scene, and found four people that were hurt during this trucking crash. The youngest of them was a 1-year-old. Two of the others were the man and woman in the car with the infant, both in their thirties,

When the authorities arrived the semi truck was on its side in between the northbound and southbound lanes. The driver of the semi claimed that a car with California plates whipped by him, cutting him off and tipping his massive load of machine parts. This Californian car then sped away from the havoc it kickstarted.

The three northern lanes were closed, as were two of the southern lanes to give emergency services space to move around the fallen truck. As of this posting a crane is inbound to set the truck back onto its tires when traffic lets up.

WHAT ARE THE LEGAL IMPLICATIONS?

Currently it's a waiting game. Traffic authorities will have to assess the scene and present their findings in a report. This will be used to establish things like cause, and will include witness statements and well as the results of the search for the "car with California plates." Regardless all of the parties involved should seek out legal counsel to preserve their options going forward.