January 25, 2019 - A video camera inside the Sound Transit bus captures the moment of impact during a collision involving a semi truck and a bus at the intersection of Traffic Avenue and Thompson Street in Sumner, WA. A box truck not visible on the video was also involved in the accident.  Accident scene photos are also available at the bottom of the page.

A Davis Law Group paralegal commuting to work was on the bus at the time of the collision. She and several other commuters were injured in the crash. 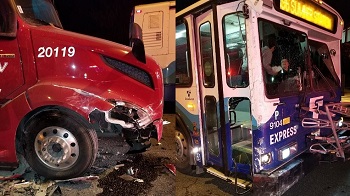 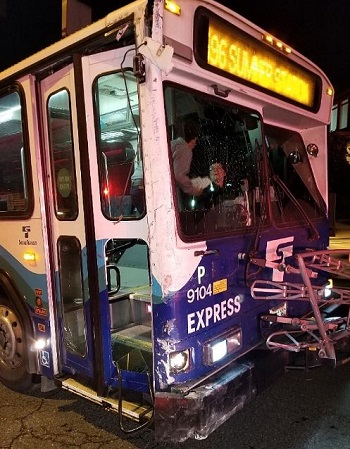 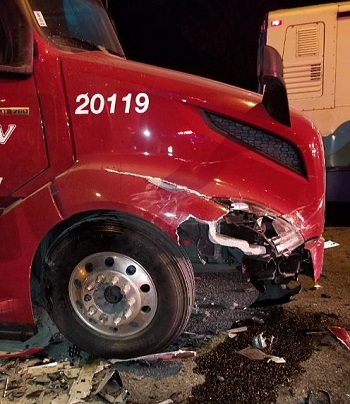 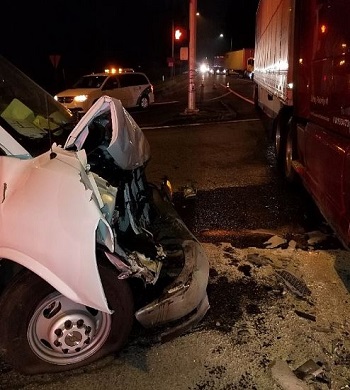 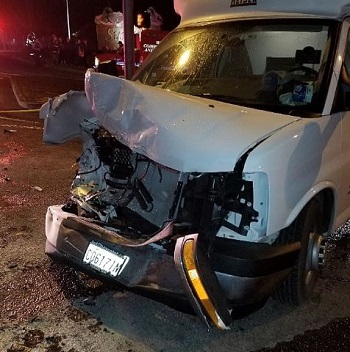 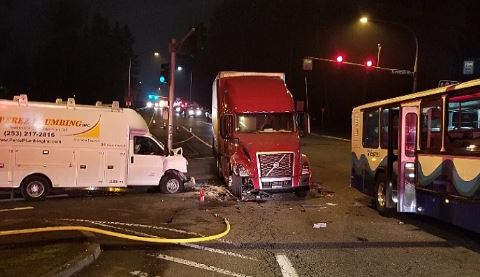