1 Killed in Head-On Crash with Semi Truck in Fife 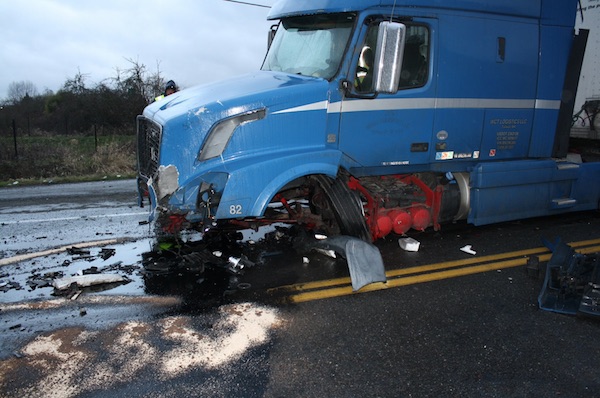 A man was killed and a woman was injured in a head-on collision with a semi truck in Fife on Tuesday, according to police.

The incident occurred around 5 a.m. on 70th Avenue East.

Police say a 30-year-old man driving a minivan crossed the centerline into oncoming traffic and hit a semi truck head-on. The driver of the van was pronounced dead at the scene, and the 25-year-old woman in the passenger seat was injured and taken to a local hospital. She is expected to survive.

The driver of the semi truck was not injured.

Police are looking into why the van veered into oncoming traffic. The road was closed between 20th Street East and Pacific Highway East for the investigation.

Passenger Injury Claims in an Accident

The driver of any form of transportation has a duty of care to drive carefully and safely, not only to prevent harm to other vehicles but to also keep his or her own passengers safe.

If the driver of a vehicle fails to use due care for his or her own passengers’ safety, and the passenger is then injured as a result of that negligence, the driver may be held liable for the damages.

Potential sources of compensation for an injured passenger include:

In cases where a passenger of a motor vehicle has been significantly injured and is facing a high level of damages, it may also be important to contact an experienced personal injury law firm to represent their legal interests in pursuing a personal injury claim.

If you or a loved one has been injured in a car accident as the passenger, you probably have many questions to ask. In serious cases, medical bills, missed time from work, and the rehabilitation process can be very expensive. You want someone on your side looking out for your best interests.