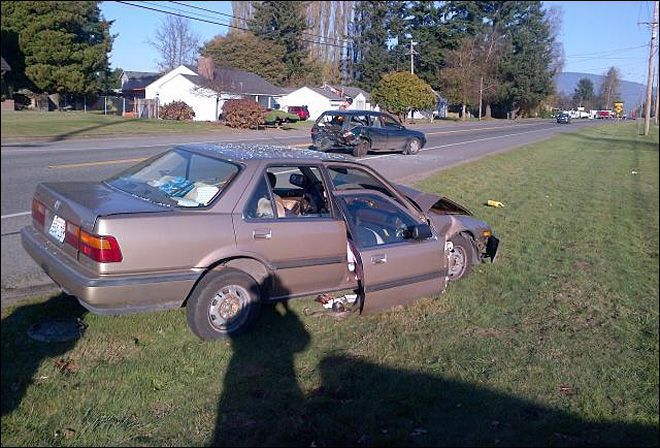 An unidentified female passenger who was reportedly not wearing her seat belt was killed in a multi-vehicle car accident in Sedro-Woolley Sunday morning.

The crash occurred on State Route 20 in Sedro-Woolley sometime after noon on Sunday, according to news reports. Police say that a Subaru was driving eastbound on the highway when it slowed down for traffic before being rear-ended by a 76-year-old man from Burlington driving an older Honda sedan.

According to police, a 76-year-old woman from Burlington was riding in the passenger’s seat of the Honda at the time of the collision. Investigators say she was not wearing her seatbelt when the crash occurred, and she was pronounced dead at the scene of the collision.

The driver of the Honda also suffered significant injuries as a result of the crash and was taken to a local hospital to be evaluated. The three passengers in the Subaru – identified as a 30-year-old man, 29-year-old woman, and 2-year-old boy – were not seriously injured, according to police.

It is unclear who police believe was at fault for causing the accident, as officials with the Washington State Patrol told reporters that they anticipated the investigation would take some time to complete.

When a collision results in a fatality, it is often important for the victim’s surviving family members or guardians to gather as much information as possible if they wish to pursue a claim.​ Wrongful death actions are often much more complex than other types of personal injury claims.

This can make it even more important for representatives of the victim to explore their legal options and consult with a qualified personal injury attorney with experience in handling wrongful death cases.