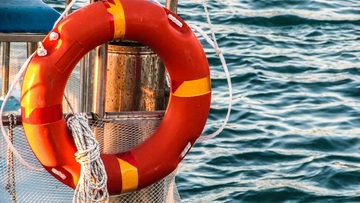 It seems like it’s just beginning to feel like summer for our team here in Seattle and for many of us in the office and around the city, that means taking to one of the dozens of beautiful lakes and waterfronts in the area.

Whatever your favorite past time is on any of the great waters in our area, safety needs to remain a priority anytime you step off the shore.

Just this past weekend a man in his 40’s drowned while Paddle-boarding in lake Washington just off Luther Burbank Park, after calling for help, nearby park goers attempted to rescue him but could not get to him in time. A tragic accident that could have been prevented by a life jacket.

This story comes after Mercer Island police conducted extra patrols on lake Washington this past fourth of July looking for boaters who were intoxicated, unlicensed/ registered, or lacked proper safety equipment. Boater safety in particular is paramount on the waters as the rules are not as clear as they are on the roads and often boaters may be less educated and experienced as your average driver.

After multiple drownings in 2012, a new initiative was started called “Swim Safe,” in an effort to raise awareness of the dangers of cold-water lakes like their own as well as promoting the use of floatation devises like life jackets.

In an interview with Q13, Dina Sutherland of East Pierce Fire and Rescue explained that cold water not only can cause a shock response that includes an involuntary gasp, but that the cold water slowly drains muscles of their energy and can be dangerous for even experienced swimmers, like lifeguards.

How you can be Responsible on the water this summer

Whether the body of water is big or small, the risks are still the same, and practicing proper swim safety is important for children and adults alike.

As a nation, we have been getting better at safety on the water in recent years, especially when it comes to children.

This positive trend is great, but that doesn’t mean we can’t keep improving, make sure you and your family are swimming safe this summer by practicing some of the preventative measures found here.

Tragedy can strike in an instant and the consequences can last a lifetime, but with safety in mind, the waters of the greater Seattle area and pacific northwest at large can be fantastic fun and safe destinations for everyone.