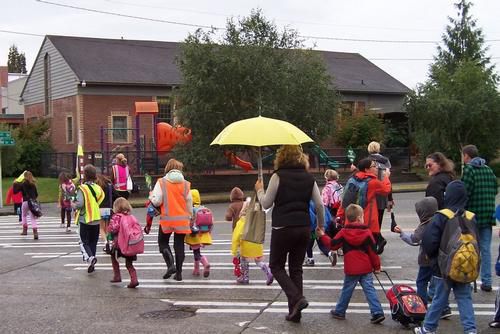 Local police throughout the region are prioritizing school zone safety as the new academic year begins, starting with the installation of six new speed zone cameras near several Seattle-area schools.

According to KOMONews.com, police installed the cameras near Northgate Elementary, Montlake Elementary, Gatzert Elementary, Mercer Middle School, Arbor Heights Elementary, and Rainier View Elementary more than a month ago. Drivers who violated the speed limit in these specific zones during the first 30 days reportedly received warnings, but now violators will start receiving tickets in the mail.

The recently-installed cameras in these zones bring the total number of currently-active school zone cameras in the Seattle area to 28, ranging from Greenwood down to Rainier Beach. Police say there have already been a “staggering number” of violations recorded in school zones in the first month of the school year.

Drivers who violate the 20 mph speed limit in these zones may face fines of up to $234. According to KOMO, there were approximately 30,000 drivers caught speeding in school zones by the cameras last school year. Police say that setting the current 20 mph limit set in school zones is based on crash data showing that survival rates drastically decrease at speeds higher than 20 mph.

And while the total number of drivers who are putting children at risk may seem steep, the Seattle Department of Transportation (SDOT) says they’ve seen a positive impact since they started installing the cameras; school zone collisions have reportedly declined 64 percent since the program started.

Police and school districts are also working together to develop a comprehensive plan aimed at deterring drivers from jeopardizing the safety of students as they board and exit school buses. Accidents involving school buses aren't very common, but when they happen there can be serious and deadly consequences.

According to a news report from Q13 Fox this year, the Bethel School District (BSD) found some troubling results after installing surveillance cameras on five of its district school buses during the 2014-15 school year; in a period of just 55 days, the cameras reportedly captured 139 cases of drivers speeding past stopped school buses that had their lights flashing at the time.

“We’ve been hearing for a number of years from our drivers that it’s really not safe out here, they see violations all the time,” said Krista Carlson, director of communications with BSD. 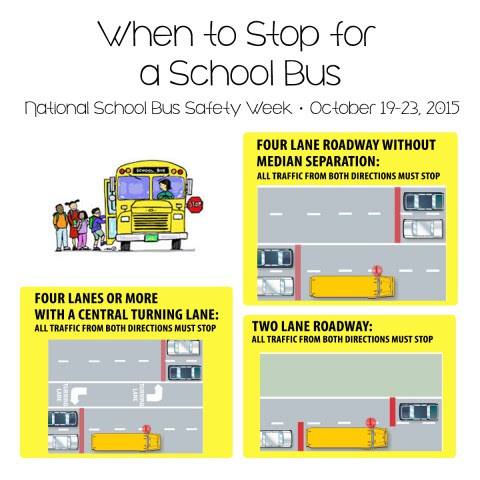 School district and police officials acknowledge that the problem is likely a combination of ignorance or apathy with a general lack of awareness about the law. Officials are working to increase awareness about the issue, but also say the responsibility lies with drivers to understand and abide by the law. Drivers who are caught illegally passing a school bus face a $394 fine.

Throughout the United States, an estimated 50,000 school buses transport more than 2.3 million children to and from school each and every day. October 19-23 is National School Bus Safety Week, which is just as good a time as any to educate drivers about the laws related to passing school buses in Washington state. From the Washington State Department of Licensing (DOL) driver’s guide:

After the school bus red lights have stopped flashing, watch for children along the side of the road and do not proceed until they have completely left the roadway. You must yield to any transit vehicle (bus) that has signaled and is pulling back onto the roadway.”

Now that school is back in session, there’s plenty of reason for drivers to pay extra attention to their surroundings in general, particularly when traveling near schools. A little extra diligence could save a life, not to mention help avoid several hundred dollars in fines.