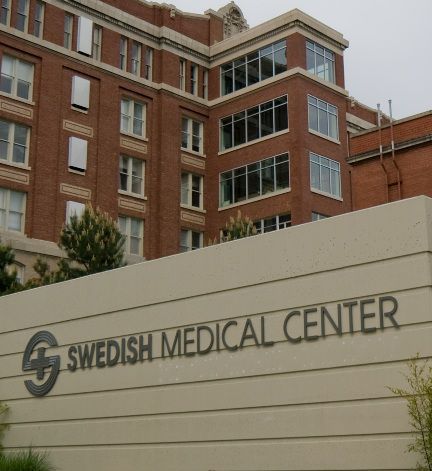 Swedish Medical Center is currently facing a medical malpractice lawsuit after two parents say the Seattle hospital left a wire inside of their toddler son after an emergency IV procedure.

Kathy and Raul Swain’s young son, Jax, was barely two when he fell ill after receiving an immunization. According to news reports, the young boy suffered a seizure and was taken to Swedish Medical Center in Seattle to receive medical treatment. Nurses attempted to insert an IV into Jax’s veins, but he was too dehydrated and a doctor ordered to have a catheter put into the boy’s leg veins so that fluids and medication could be administered.

“I think they put the guide wire into the vein first. And then they slide the IV tube over it,” says Raul Swain, Jax’s father.

Jax stayed in the Pediatric Intensive Care Unit for several days so that doctors could finish testing and scanning the boy’s brain for any further complications. They eventually got word from the medical staff that Jax had made a full recovery and that the family could go home. Dr. Michael Shannon, who oversaw the procedure and cleared the boy to be released, concluded in his medical record that there were no complications resulting from the procedure.

When the family returned home, however, Kathy and Raul noticed that their young son had begun acting strangely and couldn’t help but wonder if it had anything to do with the medical procedure he just underwent.

“He would just stiffen up, then he would be fine and his whole body would relax again. So we went to the neurologist at Children’s (Medical Center in Seattle) and they didn’t find anything wrong,” said the boy’s mother. But the boy’s strange behavior didn’t stop, and his parents even witnessed him grab his neck and scream out in pain on multiple occasions. Then one day, while Kathy was buckling Jax into his car seat, she noticed something on Jax’s neck.

“It looked like a cyst on his neck. I was like, ‘That’s really nasty, I’m going to take you to a doctor,” Kathy explained. After a quick visit with the family doctor, the “We noticed that there’s a black tip where the cyst was, and it was moving around.”

Kathy and Raul took Jax to The Everett Clinic near where they live and ultimately found out the underlying problem that was causing the boy’s odd behavior: there were two wires inside of Jax’s chest, and one of them was running up through his neck and towards his head.

Jax was taken back to Children’s Medical Center after the diagnosis and eventually had the wires removed. One piece of the wire was 6.5 inches long and the other piece was 13 inches long. Based on medical records from The Everett Clinic and Children’s Medical Center, the presumed explanation for the situation is that the guide wire that had been used to administer the IV had been left inside the boy’s leg and eventually broke into two pieces, which left it to move around throughout his body.

Kathy and Raul together filed a claim against the hospital alleging medical negligence. Although the hospital has extensive guidelines and protocol for mandatory surgical checklists, this particular procedure did not have a mandatory checklist that could have prevented the wire from being left inside the boy.

A surgical tool or another type of material that is left inside of a medical patient is an example of a never event, which is a term used by the U.S. Department of Health and Human Services (HHS) to describe medical mistakes or errors that should never happen in the scope of healthcare. Click here for more information about never events in the U.S. healthcare industry.

If you have a child injury claim, contact Davis Law Group.