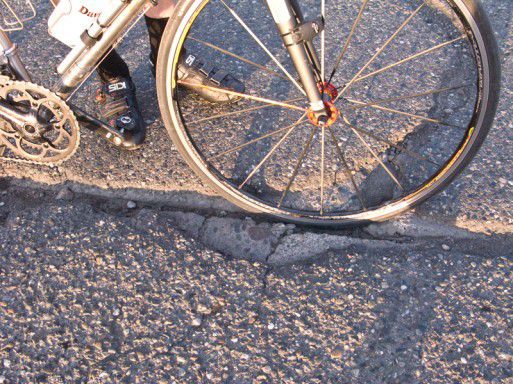 Bicycle traffic laws have been a hot topic of debate in Washington state for years and some of the laws are just confusing.

The struggle for accountability over bicycle and traffic laws between advocacy groups and residents in our great city has created a bicycles-versus-vehicles war, which we have even authored a couple of blog posts about.

Because so many people in the city are unclear about a large number of the Seattle bike laws, we compiled a list of some of the most frequently asked Seattle bike laws questions with answers from local law enforcement agencies.

Can a bicyclist receive a ticket for speeding like a vehicle can?

Technically, yes. Section 46.61.755 of the Revised Code of Washington (RCW) states that “every person riding a bicycle upon a roadway…shall be subject to the same duties applicable to a driver of a vehicle.” However, there is no specific speed violation for bicycles like there is for cars, which makes this law difficult to enforce. The fine for bicycles is $103.

Is it against the law for bicyclists to ride without a helmet in Seattle?

Sgt. Sean Whitcomb of the Seattle Police Department says that a helmet requirement for bicyclists is outlined in the King County Board of Health Code, Title 9. He added that officers will write tickets for that offense, and the fine is $103.

When is it legal for bicyclists to ride two (or more) per lane?

According to RCW Section 46.61.770(2), the answer to this question all depends on the individual bike lane. The code states that, “persons riding bicycles upon a roadway shall not ride more than two abreast except on paths or parts of roadways set aside for the exclusive use of bicycles.”

On trails where there are no vehicles, who has the right of way between bicyclists and pedestrians?

On pathways and trails, such as the Burke-Gilman trail, Seattle Municipal Code states that all bicyclists are responsible for the safe operation of their vehicles. In layman’s terms, bicyclists should always yield to pedestrians and watch out for other obstacles on paths and trails in order to prevent serious injuries from a bicycle-pedestrian crash.

Between bicyclists and pedestrians, who has the right of way on a sidewalk?

Again, as with the previous question, bicyclists shall always yield the right of way to a pedestrian and must give an audible signal before overtaking and passing a pedestrian or another bicyclist.

Are bicyclists required to walk bikes when using the crosswalk?

The law is extremely vague in respect to this scenario. There is no law that explicitly requires a bicyclist to demount the bike and walk it through the crosswalk to the other side of the street. However, RCW Section 46.61.235 states that “no pedestrian or bicycle shall suddenly leave a curb or other place of safety and walk, run, or otherwise move into the path of a vehicle which is so close that it is impossible for the driver to stop.”

Can a motor scooter or motorcycle operate in the bicycle lane?

In layman’s terms, the size of the motor does not factor into determining whether it is a motor vehicle. If it has a motor, it is not considered a bicycle. Violators of this law are subject to a $124 fine.

If you have been injured in a bike accident, contact Davis Law Group.