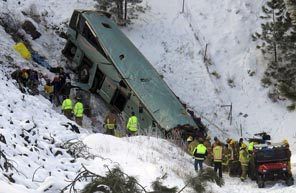 At least nine people were killed and 39 more had to be hospitalized following a bus accident in northern Oregon Sunday morning. Among the victims of the devastating crash were several residents of the greater Seattle area.

According to the Seattle Times, the tour bus involved in the crash was part of a two-bus tour visiting the cities of Vancouver, B.C.; Seattle; San Francisco; Los Angeles; the Grand Canyon; and Las Vegas. The tour buses had left Boise, Idaho earlier that morning and were scheduled to arrive in Vancouver, B.C. later Sunday evening.

The tour bus was headed westbound on Interstate 84 just before 10 a.m. Sunday when the driver, 54-year-old Haeng Kyu Hwang of Vancouver, B.C., lost control. Some passengers reported feeling concerned that Hwang was going too fast because it was snowing and very foggy at the time. After spinning out of control, the bus crashed into a concrete jersey barrier and began veering across the opposite lanes. The initial collision caused the tour bus to crash through the guardrail and slide approximately 200 feet down a snowy embankment.

Some passengers were ejected from the bus while others became entrapped, and the conditions of the accident made it very difficult for first responders to reach the victims. Crews reportedly had to use rappelling lines and ATVs to get to the bus, remove passengers and transport them back up the embankment. A sanding truck had reportedly been through the area just prior to the crash, and the truck driver was among the first to respond to the scene and call 911.

The bus is owned by Mi Joo Tour & Travel in Vancouver, B.C. and a bus safety website says none of the company’s six buses have been involved in any accidents in the past two years. Hwang, the driver, survived the accident and has cooperated with officials investigating the crash.

According to Peter Knudson of the National Transportation Safety Board (NTSB), laws do not require seat belts for passengers on these large scale tour buses. “We have been concerned about this for some time,” he said. 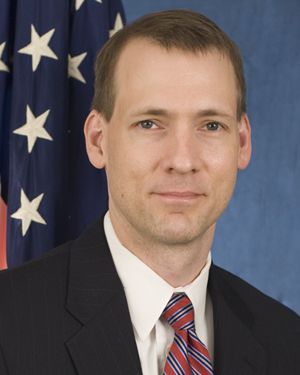 Eun Sook Uhm, a 74-year-old woman from Lynnwood, was on board the tour bus during the accident, and had booked the sightseeing tour with four other friends. Other injury victims were from Issaquah, Seattle, Mount Vernon and Lynnwood. Oregon State Police were still working to identify all of the victims involved in the accident on Monday.

Bus tour accidents can be extremely violent and dangerous because of the size of the vehicles and the fact that they are often older. In this case, the bus that crashed was a 1998 model operating in some of the most dangerous weather conditions possible. The fact that several passengers have already attested that the driver was driving too fast shows the likelihood that speed and negligence may have been a factor in causing the accident.

The injured victims of this devastating tour bus accident would likely benefit from hiring a personal injury attorney to negotiate their claims and recover financial compensation for medical bills and lost time at work.

Sadly, there were nine reported fatalities in this particular accident and those families likely have grounds for a wrongful death action.