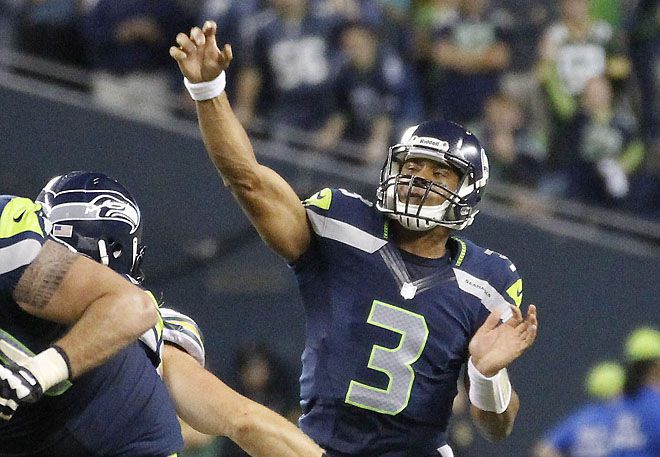 On Tuesday morning, an internet news story circulated through Twitter and other social media networks claiming that Russell Wilson, beloved quarterback of the Seattle Seahawks, had suffered two broken legs after being involved in a car accident in Seattle.

Here’s the original report, as published by the Global Associated News:

A spokesperson for the Seattle highway safety authority (HSA) has confirmed that Russell Wilson has broken both of his legs in a traffic altercation. He has been transported via ambulance to a local Seattle hospital for treatment, and the full extent of his injuries are not known at this time, however, both of his legs were visibly broken and not life threatening according to sources.

Team spokespersons could not be reached for comment at this time.

Additional details and information will be updated as it becomes available. This story is still developing.

Since the release of the news article, however, several credible local news outlets have stepped up and managed to discredit the authenticity of the report. But not before plenty of social media users voiced their concern for the health of the NFL star:

@dangerusswilson glad to hear you have two functioning legs

@seahawks Nobody is answering me-please confirm that @dangerusswilson did NOT break any legs. ::crossing fingers and toes::

Russell Wilson did not break his legs and was not in a car accident. Whoever started that rumor you're stupid and obsessive.#HawkStrong

OMG RUSSELL WILSON BROKE HIS LEGS IN A CAR ACCIDENT.

Seahawks fans everywhere exhaled in relief after finding that the reports were a hoax, and it turns out that online pranksters have used similar versions of the hoax with previous NFL quarterbacks and other professional athletes in the past.

It’s relatively easy to tell if a story such as this one is a fake, and it wasn’t long before multiple news outlets were able to identify that Tuesday’s report was not accurate. For one, the Seattle Police Department (SPD) or Washington State Patrol (WSP) are often the agencies involved in investigating traffic accidents in the area. The fact that a simple online search for the “Highway Safety Authority” comes up empty is also an obvious sign that something isn’t right.

Regardless of who started the rumor or how many people fell for it, the bottom line is that Seahawks fans can sleep a little easier knowing their star quarterback is still healthy as ever and preparing for undoubtedly another impressive NFL season.