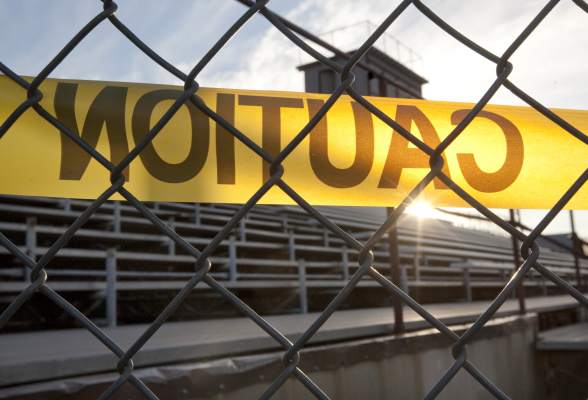 The Toppenish School District recently agreed to pay a $6.9 million settlement to the family of an infant child who fell through a set of bleachers during a soccer game in 2007.

According to news reports and court documents related to the lawsuit, Sophia Sanchez – who is now 6 years old – fell through the 7.5-inch gap between the rows of bleachers at Toppenish Middle School in September of 2007. She allegedly fell 13 feet below the bleachers and landed on her head on the cement floor.

Sophia was hospitalized for nearly a full month and had to undergo several surgical procedures as a result of the injuries she suffered falling from the bleachers. By the time the young girl was released from the hospital, her family had incurred more than $560,000 in medical bills alone.

“This beautiful little girl should be counting to 100, know her ABC’s and be able to run and play at recess,” a family spokesperson said to the media after the settlement was announced. “Instead, she has no functional use of her left arm and leg, has no control over her bowel and bladder, and can’t walk.”

Despite the fact that the school district has agreed to pay a substantial settlement to the family of the injured child, official statements from school representatives continue to deny any liability for the injuries Sophia suffered as a result of her fall from the district-managed bleachers in 2007.

The school district’s Business Manager, David Andrews, said “our hearts go out to the little girl,” calling the incident an “unfortunate accident.” Andrews continued by denying any fault on behalf of the school district itself.

Building codes change sporadically over time, and bleachers have been a focal point of revising these guidelines for safety advocates nationwide over the past several decades. In fact, a new set of safety standards for bleachers that went into effect in 2003 required the gap between each row of bleacher seats to be narrower than they previously were allowed.

According to Andrews, the new standards were part of an “obscure international law” that was leveraged in the lawsuit filed against the school district. The school district allegedly adopted the safety provisions in 2004 – three years before Sophia was injured – but did nothing to address the outdated bleachers on school grounds.

Andrews says the bleachers are being replaced in order to meet the standards set by the international law. The multimillion-dollar award will reportedly be placed into a trust fund that will be used to manage Sophia’s healthcare needs.