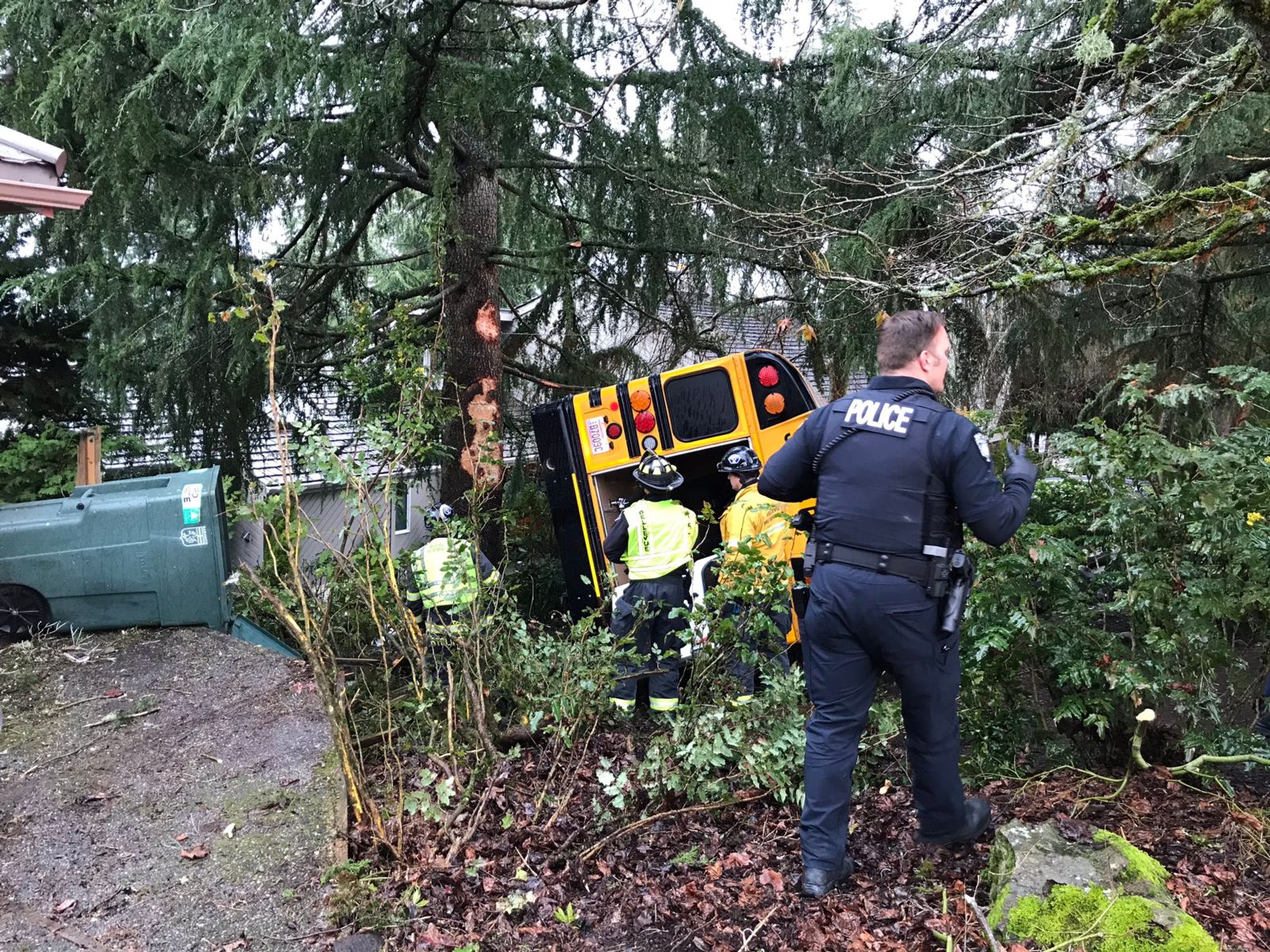 An elementary school bus in Bellevue flipped Monday afternoon according to police, injuring multiple children inside.

The accident occurred around 3:30 p.m. Monday afternoon near the corner of 154th and 155th place SE in Bellevue WA according to Bellevue police, sending the driver and the two elementary school aged children aboard to the hospital with minor injuries.

Police will continue investigating the crash and a spokesperson for Bellevue police has indicated the hospitalization of the victims was out of precaution.

Reports that the injuries sustained by the students aboard the bus were minor are as relieving as the note that there were only two students aboard at the time of the collision.

Some reports have indicated that the bus striking the tree prevented the vehicle from impacting a home which is simply another way this accident could have been much worse.

If initial reporting of a break failure is accurate, the first step in any investigation into this collision for a personal injury claim would be to verify that the maintenance and upkeep of the vehicle was according to protocol or commonly held automotive standards.

If it is found that the vehicle in question was behind on regularly scheduled maintenance or that standards for maintenance do not meet a reasonable standard then the district or controlling organization charged with managing the vehicle could be found negligent or liable in the crash.

While the injuries sustained have been reported to be minor, the young age of those injured can play a role in any determination of a personal injury claim on the part of the parents of those injured. After the initial precautionary hospital stay, follow up appointments with primary care providers should be made to ensure no soft tissue or other injury that was not apparent immediately after the crash is discovered before any decisions are made about a claim regarding the accident.

Accidents with minor injuries do not necessarily require extensive claims and investigations if damages are negligible, but it is not unheard of for what immediately appears to be minor injuries to develop a more serious medical problem, and should a case settle before these issues are discovered, there is no going back for more.

Davis Law Group has additional information on school bus accidents and statistics in this article.

That is why Davis Law Group always offers free case evaluations and our Washington Accident Law book series, so that victims can make informed decisions when handling their own cases, or when choosing to hire an attorney.

If you would like to request a free case evaluation from our experienced child accident law attorneys, call 206-727-4000 or use the chat or contact options on this page today.