Hosts to be Fined For Teens Getting Tipsy?

The Sammamish City Council is trying to disincentivize underage drinking with a new ordinance that would penalize the host of a party by slapping them with a fine. The most obvious target of this would be parents who host parties where high schoolers can drink, but the law would reportedly still apply for parties thrown by minors without an adults knowledge.

If the City of Sammamish goes through with this plan, it would become the second city in the state of Washington to do this after Mercer Island set a similar law back in 2012. 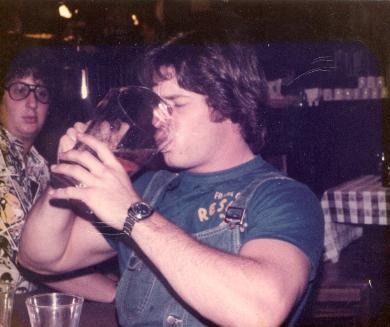 The City Council is currently reviewing language proposed by the city's police chief for this legislation. The first time it was read all of the members liked the law, but wanted two things to change:

The Centers for Disease Control released the latest statistics on underage drinking on October 31st, 2014 (on Halloween, to underline how scary these numbers are: 12 to 20-year-olds drink 11% of all alchohol consumed in a year).

One out of five teens binge drank in 2013. Keep in mind that "binge drinking" is defined as having at least 5 drinks in one sitting. And that same number of teens, one out of five, rode with a drunk driver during 2015.

One-third of all fatal car wrecks are categorized as drunk driving accidents, and half of the people killed in those wrecks are below the legal drinking age.

State alcohol laws already penalize providing alcoholic to minors (RCW 66.44.270 “It is unlawful for any person to sell, give, or otherwise supply liquor to any person under the age of twenty-one years or permit any person under that age to consume liquor on his or her premises or on any premises under his or her control.”) but this local measure can allow for a community to focus its resources how it sees fit.