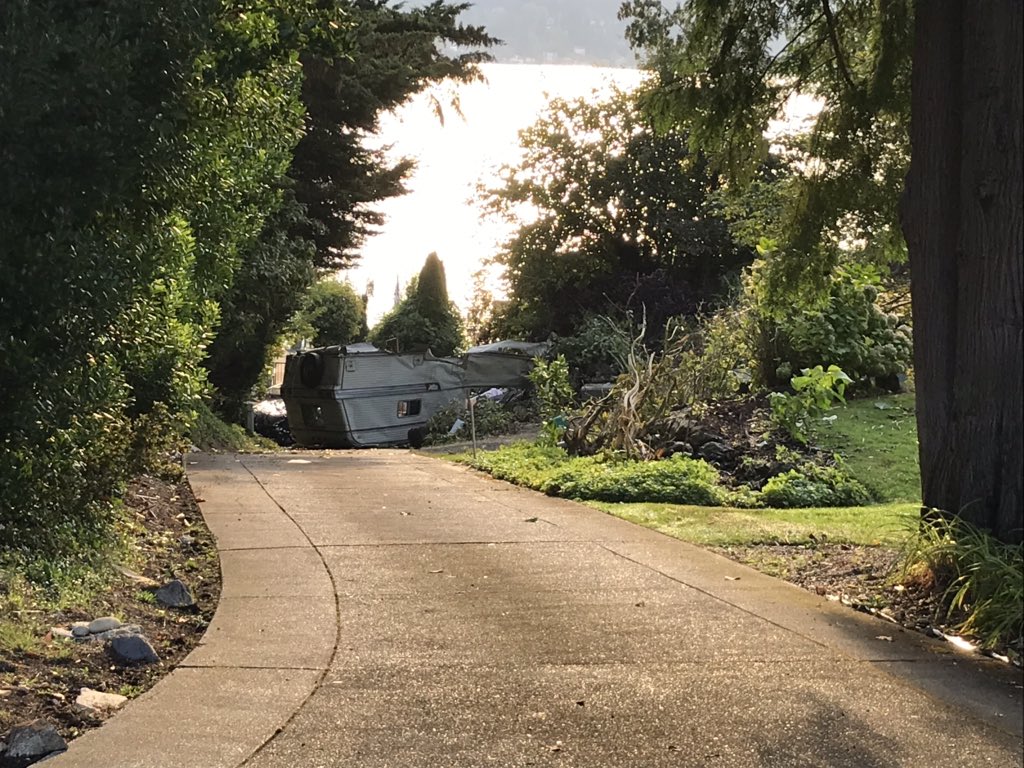 A man is dead after losing control of an RV on Westlake Sammamish Parkway in Bellevue.

The driver lost control of the RV near the 2600 block of West Lake Sammamish Parkway around 5 a.m. Friday Morning while his wife followed in a car behind.

First responders arrived to find the RV upside down and driver unconscious outside the vehicle, where he was pronounced dead after several minutes of efforts to resuscitate him.

Piecing the Puzzle Together

No suspected cause has been released for this RV accident, meaning the number of factors that could have been involved are nearly endless, but context and reporting do give several clues as to probable factors involved.

The driver was found several feet from the vehicle and according to KOMO reporting, officials believe he was ejected from the vehicle in the crash. This could be due to various things from the driver not using a seatbelt at the time of the crash to a mechanical failure or defect of existing safety systems in the RV.

Beyond that at 5 a.m. visibility and alertness could easily have played a factor into the accident being as severe as it is.

The only thing we know for sure at this time is that unfortunately a man has passed and uncovering exactly how and why this tragedy occurred takes time.

At Davis Law Group we work with the loved ones and family members of those who have died in accidents like this to help determine if they may have a case for a wrongful death claim.

To request a free consultation and case evaluation with our wrongful death lawyers call 206-727-4000 or use the chat or contact us options on this page.