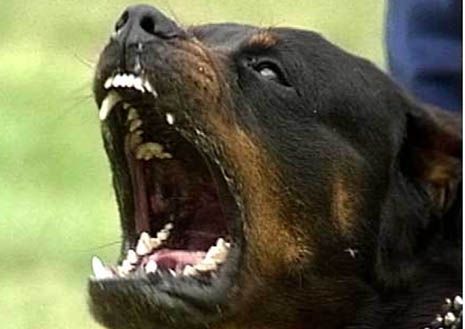 Officials with the Kitsap County Sheriff’s Office say that a five-year-old boy was critically injured in a dog attack at a home in Silverdale Tuesday evening.

According to news reports, the dogs belong to an ex-boyfriend of the child’s mother, who was watching them as a favor because their owner is currently incarcerated. The boy was reportedly playing outside with one of the dogs when it inexplicably began attacking him.

Investigators say that a second dog, which is the mother to the first dog that attacked the boy, quickly joined in on the attack. When the boy’s mother discovered what was happening, she reportedly ran outside an attempted to stop the attack.

The boy’s mother says the dogs were acting aggressively to the point that she had to lay on top of her son to separate him from the dogs.

“So, she did the next best thing, which is really courageous,” said Sheriffs spokesman Scott Wilson. “She laid herself down and covered the child, and the dogs started biting her.”

Another relative eventually came outside and helped break up the attack. The family was able to call 911 and the boy was taken to nearby Harrison Medical Center before being airlifted to Harborview Medical Center in Seattle.

Wilson says that the boy suffered serious injuries to his head, face, and neck areas as a result of the attack. He was reportedly listed in serious to critical condition at Harborview and had to undergo an unspecified surgical procedure.

Investigators say that the dogs had been living at the home for approximately one month while the owner was incarcerated and unable to care for them. The boy’s mother told police that this was the first problem they had experienced since caring for the dogs.

Wilson says the dogs were turned over to Kitsap Animal Rescue, the local branch of the Kitsap Humane Society. It is unclear what exactly will happen to the dogs, though there is a chance they could be deemed dangerous to the public and euthanized.