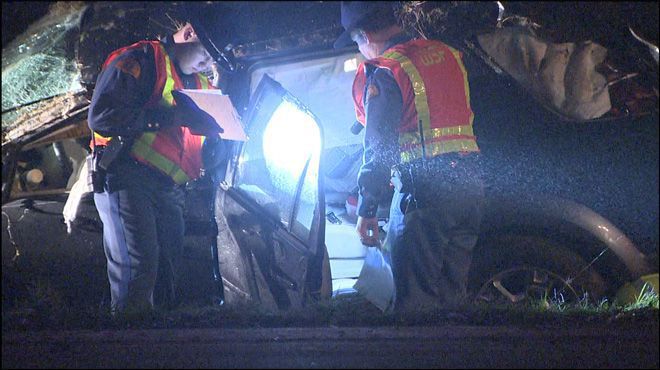 Two vehicles were involved in a series of bizarre, high-speed car accidents on westbound Interstate 90 Wednesday, January 15, near Bellevue that police believe involved a combination of jealousy and road rage.

News reports suggest that the vehicles were headed westbound towards Bellevue near Lake Sammamish at approximately 6:30 p.m. At first, witnesses called 911 reporting concerns about a possible street racing or a road rage-related incident.

The police report stated that the initial collision between the two cars happened occurred near Issaquah, but the vehicles reportedly continued driving and crashed into each other several more times as they continued down I-90.

Several motorists sharing the road with these reckless drivers feared for their lives as they watched the road rage incident unfold. According to news reports, more than a dozen people called 911 to report the incident to the police, who responded promptly. Unfortunately, the two cars road rage ended in both vehicles rolling over and crashing into the median in Bellevue before police could arrive.

After the crash came to a halt, the driver of one car tried to flee from the scene, but police eventually caught up with him and was arrested. The other car had a 2-year-old boy and his 27-year-old mother inside, both of whom walked away from the incident unharmed.

The driver who attempted to flee the scene was in fact injured and taken to Overlake Hospital in Bellevue to receive medical treatment for his injuries.

Both cars were totaled from the collision. Sgt. Donovan Daly of the Washington State Patrol said this road rage incident was an "extremely reckless and very dangerous situation," and thanked the drivers who called 911 to report it.

Upon additional investigation into the incident, police discovered that the man who was injured and fled the scene was the boyfriend of the woman and father of the 2-year-old boy in the other vehicle. Detectives believe the incident was sparked by jealousy, and that the man was intentionally trying to run the woman’s vehicle off the roadway.

Road rage is a criminal offense with civil implications that occurs when a driver uses a motor vehicle to physically assault another driver. Acts of violence, believe it or not, can occur while vehicles are moving but also can happen when cars at parked and or at idle. Incidents of road rage happen intentionally and unintentionally, and it is important to learn to identify these reckless drivers and avoid them while driving.

Get Legal Help After An Accident

Because road rage is considered an intentional act, many car insurance policies will actually not provide coverage to a person who is injured as a result. Of course, this would best be determined on a case-by-case basis, and evaluating the terms and conditions of your car insurance policy is likely the best way for you to determine whether or not you may be covered.

You should consult with the experienced personal injury attorneys at Davis Law Group to learn more about your legal rights and options after an accident. Call (206) 727-4000 to request a free legal consultation with our award-winning legal team.