Reports of Injuries on Carnival Ride/Roller Coaster at Puyallup Fair 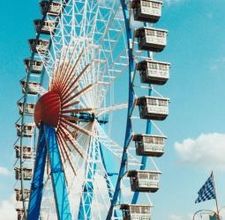 Davis Law Group, P.S., was contacted by a woman who was injured on a carnival ride at the Puyallup Fair this past weekend. She went to the hospital suffering from whip lash, abdominal pain, and more.

The accident was severe enough that the ride was shut down for the remainder of the day and preliminary reports indicated that many roller coaster cars were damaged in the accident. The carnival rides are operated by Funtastic Rides.

If you have been injured at the Puyallup fair due to a carnival ride malfunction, contact the Seattle child injury lawyers at Davis Law Group immediately at (206) 727-4000.

But only 65 of the injuries in 2009 were reported as “serious,” meaning they required some form of overnight treatment at a hospital; this comprised roughly 6 percent of all ride injuries.